This Is The Patent Nonsense Christians Claim About Secularism
LOGIN
Sunday, December 4, 2022
Top Posts
What’s Up With the Nazi “Black Sun” Rune Wheel?
Elizabeth Clare Prophet Claimed To Be ‘Clairvoyant’
The Eightfold Path of Denial of Death
Why I Left The Radical Secular Podcast
Miss R*EVOLutionaries: Panel Discussion
Money Is Not A “Shared Fiction”
Beliefs About God Won’t Make You Moral
This Is Not Fine!
Wealth Concentration Leads to Feudalism
Is Something Unclear About What’s Wrong With America?
SUBSCRIBE
Archive

They know none of this is true 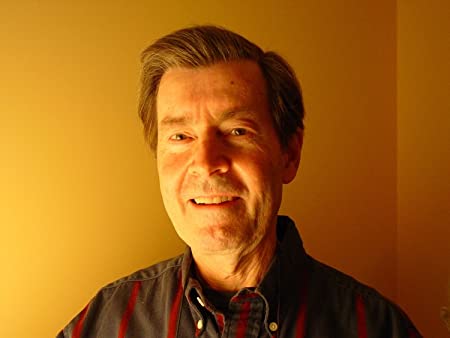 Thomas E. Brewton, (who later published “The Liberal Jihad,” in 2012) wrote a brutal farce of an essay in The National Ledger. Entitled Theocracy and Liberal Paranoia, Brewton rehashes a bunch of old canards about proponents of reason and secular governance. He sets up his straw men and spends the whole essay knocking them down.

The liberal jihad…claims the prerogative to ban expressions of…faith outside the closed doors of homes and religious meeting places.

FACT: No secular group has ever tried to do any such thing–the goal is to get public funding and government sponsorship of religion curtailed, in accordance with the establishment clause of the first amendment to the U.S. Constitution.

Liberals see themselves as entitled to regulate public discussion, because they have conflated their own religion of socialistic atheism with the supposed objectivity of the physical sciences. This combination of historicism and scientism leads them to the unquestioning certitude that they alone represent political and social truth.

FACT: There is no such thing as “scientism.” There is simply the collection of evidence. Secular public policy should be formed based on observable objective truth, which can and should be debated on the basis of said evidence. Pluralism clearly enhances secular society.

They fail to recognize the uniform lesson of history that societies survive only when they are united by common traditions and common precepts of morality.

FACT: Morality is based on human values, not on religion. Since religions differ widely in their concepts of morality, it is far more consistent to rely on scientific and sociological measurements of human flourishing, to determine what is moral. Human values such as The Golden Rule predate and underpin much of so-called “religious morality” in any case.

Atheistic materialism is…A world dedicated to nothing more than every-man-for-himself, in-your-face “doing your own thing” is inherently Thomas Hobbes’s war of all against all, in which life is nasty, brutish, and short.

FACT: No scripture can change the dynamics of human conflict and interaction. The forces of history have always been shaped by individual, tribal, and national self-interest. Anyone who decries self-interest is likely trying to promote their own interests at the expense of their rhetorical target.

The liberal jihad also has the full backing of the Federal and most state judiciaries and the benefit of unending propaganda from the self-designated mainstream media, including taxpayer-financed NPR and PBS.

FACT: Read “The Republican War on Science” and other documents. The U.S. Government has been stacked with religious ideologues in the past 5 years like never before in history. Bush appointees are subject to faith-based litmus tests, which is unprecedented in modern politics.

The gray-beards of today’s liberalism were, in the 1960s, the anti-establishment rebels…who perceived the entirety of existing society…as the power elite. Student anarchists of that era added a guerrilla-tactic edge to the normal rebelliousness of youth. Even Tom Hayden’s Students for a Democratic Society (SDS) became too tame for the violent wing, who split off into the Weatherman underground of bank robbers, murderers, and bombers.

FACT: Liberalism in the U.S. often supports the establishment, promoting government and taxpayer funding as the solution to almost everything. But it also includes secular right-libertarians who support the primacy of the individual and want small government. A pluralistic reality which confounds Brewton’s paranoid fantasy of some imaginary monolithic godless opposition.

Wafa Sultan On The Clash Between Civilization and Backwardness

Being the extremist that I am, I pretty much agree with all of these points for myself… I do want religion to be kicked out of public life. I just don’t think the state can do it, or that it has any meaning to think so- since the state is just another religion to begin with.

I don’t think it’s possible to effectively remove religion from public life without coming up with an even worse regime of repression. I think removal of government sponsorship is about the best we could hope for.

But I would support the banning of wearing religious symbols in schools. This is on the same grounds that gang colors and paraphernalia are banned. Any such displays encourage the formation of cliques and distract from a diverse and equitable learning environment. Especially because most of the time, kids in religious dress have been put up to it by their parents. They should not be forced to assume an identity before they are old enough to grasp its full implications.

I also think public employees should be disallowed from wearing such symbols (or any corporate logos for that matter.)

We can think of personal religious displays as simply forms of advertising for some of the most corrupt institutions in the world. If people want to participate in that kind of display, it is their right, but it should not be done while they are on the public’s dime.

I think maybe I take a middle ground between the two of you in some ways. I wouldn’t support banning anything, I ONLY support ending governement funding for religious icons/systems/dogma.

Anyone has the right to express themselves… just don’t impede on my life, or anyone else’s involuntarily, in doing so.

Olly, my only point was to sort of expand on existing school dress codes. A lot of schools ban gang colors and logo/band t-shirts. Some ban bare midriffs and low-rider pants. Also, after Columbine, things like black trench coats were banned. But yarmulkes, crosses, headscarves, etc. are A-OK at most schools in America. I think this is inconsistent.

Sean — I see your point, I guess that my point would be rather than ban the religoious iconery, it makes more sense to LIFT the other bans. Do schools really think that banning gang colors will keep violence or gangs out of our schools? A Crip will know who is Blood, regardless of whether they wear red or a school uniform. Banning logo band t-shirts won’t stop kids from listening to ‘subversive music’ (to use the words of the Principal in High School that suspended me for wearing a Marilyn Manson T-Shirt).

The American atitude of ‘ban it and the problem goes away’ is backwards and ill-thought out (not to mention costing us millions of dollars a year, through drug criminalization laws).

Olly, I’m with you. I think all the bans should be equal. I just don’t want religion getting special treatment. I’d much prefer full freedom of expression.

This would also involve acknowledging that religion is simply a form of entertainment. It must compete in the marketplace of ideas, and can not be afforded special status, or demand undeserved ‘respect.’