Creationist Moron Kent Hovind Arrested
LOGIN
Thursday, February 2, 2023
Top Posts
Elizabeth Clare Prophet Claimed To Be ‘Clairvoyant’
What’s Up With the Nazi “Black Sun” Rune Wheel?
The Eightfold Path of Denial of Death
Miss R*EVOLutionaries: Panel Discussion
Why I Left The Radical Secular Podcast
Money Is Not A “Shared Fiction”
Beliefs About God Won’t Make You Moral
This Is Not Fine!
The Most Consequential Social Difference Between American Christians And Atheists
Is Something Unclear About What’s Wrong With America?
SUBSCRIBE
Archive

Don't mess with the IRS 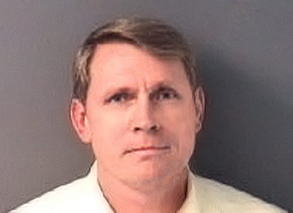 Kent Hovind was arrested on July 14 in Pensacola, Florida on 58 federal charges, including failing to pay $473,818 in employee-related taxes and making threats against investigators.Aside from his anti-evolution “beliefs,” Hovind apparently didn’t “believe” that he was subject to federal tax laws, building permit requirements, the requirement to operate as a 501 (c)(3) organization–among other idiocies.

Hovind paid his employees in cash, and refused to allow his anti-evolution “theme park” to be inspected for safety. A he was arraigned, he claimed “I still don’t understand what I’m being charged for and who is charging me.”

Hovind has had also had his passport revoked.

This guy’s a hoot. What’s not funny is that lots of followers take him seriously. Meet one of the prime spokesmen for the 55% of Americans who believe god created humans in their current form.

If you have 90 minutes to waste, you can watch Kent Hovind deny just about every fact known to modern science, including:

You can also see him blame the theory of evolution for:

As you can see from this frame grab from his video, Hovind is seriously advocating “tearing out” or “gluing together” pages in science books he doesn’t “agree” with. “It’s just a book” he says “It’s not sacred, it’s made out of paper.” So you can add vandalism and destruction of public property to the list of his crimes. I wonder how he would feel if I visited his church and did the same thing to–say–Revelation.

Hovind is also a 9/11 conspiracy freak, and thinks the 1995 Oklahoma City bombing was a “false-flag” attack by the U.S. government. (This despite being a right-wing conservative.) Yeeesh!! This guy doesn’t belong in jail, he belongs in the nuthouse.

Update: After serving nearly 10 years for tax fraud, Hovind was released in 2015. He was arrested again in 2021 on charges of domestic battery.