A New Pledge Of Allegiance For July 4th!
LOGIN
Thursday, February 2, 2023
Top Posts
Elizabeth Clare Prophet Claimed To Be ‘Clairvoyant’
What’s Up With the Nazi “Black Sun” Rune Wheel?
The Eightfold Path of Denial of Death
Miss R*EVOLutionaries: Panel Discussion
Why I Left The Radical Secular Podcast
Money Is Not A “Shared Fiction”
Beliefs About God Won’t Make You Moral
This Is Not Fine!
The Most Consequential Social Difference Between American Christians And Atheists
Is Something Unclear About What’s Wrong With America?
SUBSCRIBE
Archive

A New Pledge Of Allegiance For July 4th! 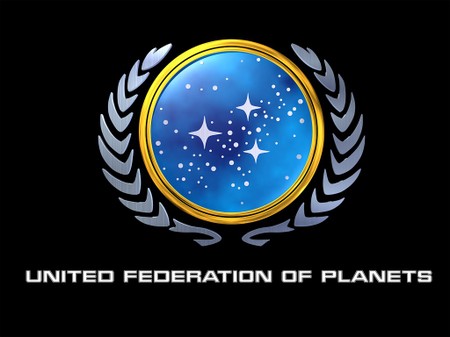 Gene Roddenberry’s idealistic Star Trek universe represents a splendid alternative to the rah-rah, puffy-chested, nationalistic fervor which dominates the real world.I love my country, but I love the planet even more. The stars and stripes have unfortunately become a damaged symbol, as Americans are increasingly viewed around the world with mistrust and cynicism. I hope I live to see the day when that trust is restored, reason and peace prevail, and a banner reflecting common human values flies over the whole world. Happy July 4th!

And best of luck to the brave shuttle crew today…

The concept of Nationalism is divisive and outdated, and I think it’s much more important to recognize oneself as a part of humanity and as a part of the larger world. To the extent we can all hold common human values, we will no longer need to have separate nations. So here’s my replacement for the pledge of allegiance to the flag:

I pledge allegiance to myself,
To my ancestors and to my family and friends.
As a proud member of the human race,
I pledge to uphold reason and the principles of empiricism,
Against all forms of tyranny, superstition and injustice.
Preserving the earth and its resources for future generations,
One people, ever evolving, in the spirit of friendly competition,
Toward a future much brighter than our past.

Now I want to go through this line by line:

“I pledge allegiance to myself.”

Some people might be a little taken aback by that because it sounds like I don’t care about others or the world and nothing could be further from the truth. Keeping a healthy sense of self-esteem and a strong identity is the only way we can as individuals contribute to a strong society

“To my ancestors and to my family and friends.”

All of our ancestors are extremely important because they represent the entire evolutionary chain, which we are part of. We are at the pinnacle or the tip of the evolutionary spear, so to speak. We have survived all challenges. We have been the ones who made it when others didn’t, and others were left behind, and that process has made us better and stronger as people. And so we owe a debt of acknowledgment to our ancestors. To family and friends of course, those are the ones in our circle who we have mutually beneficial trading relationships with, that keep us strong and prosperous. Without those people who are dear to us, life would not be worth living.

“As a proud member of the human race.”

Every member of the human race has survived incredible challenges, and we should be proud of that fact and we should be proud that we are standing on the threshold of an era of unprecedented accomplishment, unprecedented intelligence, unprecedented development and potentially we can move out from our planet and populate our solar system and beyond as we perfect space travel, terraforming, and other technologies that will allow the human race to flourish beyond this planet. If you consider that the entire universe evolved, and we are the only species that we know of, that has sentience and intelligence. We should be extremely proud of that fact, and it is a heavy burden and responsibility for us to uphold that and to not destroy each other or our civilization, and to maintain the capability to take this next exciting journey.

“I pledge to uphold a reason and the principles of empiricism.”

Human history is full of war, tyranny, disease, poverty. Through reason, we’ve come to the place in our history where we have a very real opportunity to eliminate all of these scourges on humanity. Through empiricism we can take stock and look at the world as it is, instead of how we imagine it might be, or how we think it should be.

“Against all forms of tyranny, superstition, and injustice.”

Human societies throughout history have evolved away from tyranny, but they’re still plenty of it going on in the world. Superstition, something that has been greatly reduced by science and inquiry but still exists on a wide scale. Through religion, we can see that about 90% of the population—at least in the United States–and maybe 80 to 85% of the world is still very superstitious. Superstition and religion allow people to justify any type of behavior and mistreatment towards those who don’t believe as they do. Up to and including killing those people, as we see every day in the Middle East. In my pledge, I hold up reason as the ultimate defense against violations of individual rights and the tyranny of the majority, because most injustice involves convincing the majority of the rightness of an unjust position and that is one of the problems with democracy itself.

“Preserving the Earth and its resources for future generations.”

Now I’ve gotten a lot of flack for my so-called Green positions but I would argue this: Without sustainable technologies, without sustainable energy, there can be no meaningful future for humanity. We have to stop our short-term thinking. We have to imagine what the world be like if we kept using energy and resources at an unsustainable rate for the next hundred years. We need to place our civilization firmly on a footing of natural capitalism, whereby we view our resources as capital in the bank. And we conserve that capital. We don’t want to spend our natural capital like a drunken “trust-fund brat.” Sustainability means living off the interest. Sustainability means leveraging our natural capital, putting it to maximum effective use so that it’s there when future generations need to use it.

“One people, ever evolving, in the spirit of friendly competition.”

This line is a recognition that national and ethnic boundaries are not real, that people of all cultures can come together and understand more about their world; can develop science, technology, can trade with each other and can make better lives for themselves. And through competition, inefficient methods can be eliminated. When efficiency goes up, standards of living rise for all.

“Toward a future much brighter than our past.”

This is acknowledging that humanity for most of its history has been mired in darkness and destruction. It is up to us at this point, to determine how to move forward and how to come up with better strategies that take into account the negative aspects of human nature, but realize that these can be harnessed and utilized to make a better world.

The Durable Trauma Of Growing Up In A Cult

I’m not surprised you prefer the communistic Federation instead of the anarchist Firefly. I always said you were a collectivist at heart, gorram it! Damn yer hide! ;)

That’s a very progessive pledge… However, I prefer no pledge at all. :)

Politics is always a minefield. But I’m not one to shy away from controversy. a, of course in my ideal world, the pledge would be voluntary.

Sure beats the “one nation, under god” version.

Franc, what can I say? I don’t really see the Federation as communistic. But you and I are never going to agree on the structure (or even existence) of government.