Corn Ethanol is an Environmental and Economic Nightmare
LOGIN
Thursday, February 2, 2023
Top Posts
Elizabeth Clare Prophet Claimed To Be ‘Clairvoyant’
What’s Up With the Nazi “Black Sun” Rune Wheel?
The Eightfold Path of Denial of Death
Miss R*EVOLutionaries: Panel Discussion
Why I Left The Radical Secular Podcast
Money Is Not A “Shared Fiction”
Beliefs About God Won’t Make You Moral
This Is Not Fine!
The Most Consequential Social Difference Between American Christians And Atheists
Is Something Unclear About What’s Wrong With America?
SUBSCRIBE
Archive

Home Climate Corn Ethanol is an Environmental and Economic Nightmare

Corn Ethanol is an Environmental and Economic Nightmare 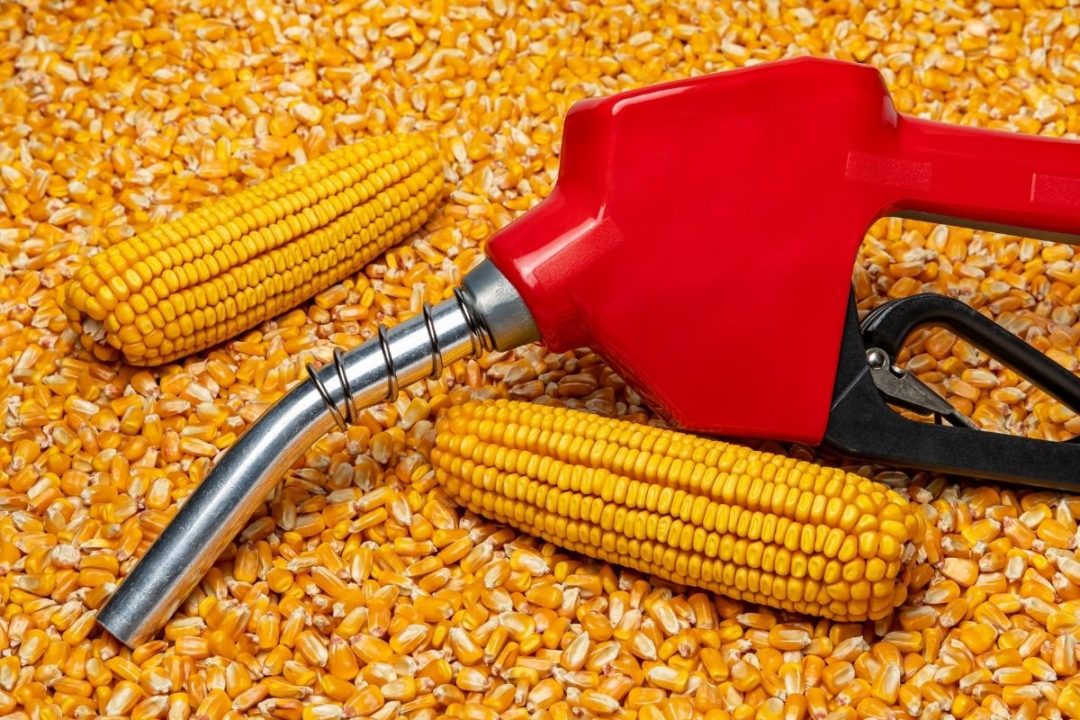 I‘ve posted previously about the environmental downsides of corn ethanol.  A recent article in the New York Times recaps a lot of the debate. Corn ethanol also has the potential to become one of the biggest wastes of taxpayer money yet devised.Powerful lobbyists for both established agri-giants like ADM, as well as energy-gold-rush startups are supporting taking advantage of some wretchedly twisted economics.

Politicians rushed through the replacement of fuel-additive MTBE with ethanol, largely at the behest of the corn lobby. GM is staking their competitiveness on so-called flex-fuel vehicles which burn E85. The sad truth is that these government mandates have now pushed the price of (even heavily subsidized) ethanol past $4.00 per gallon, making it even less competive with gasoline than it has been. Because ethanol is now needed as an additive, it threatens the supply of petro-gasoline itself.

Combined with prohibitive import tariffs, federal fuel mandates threaten to make the ethanol industry second only to oil itself as an economic travesty. The public wants a quick fix, and what it will get instead is added taxes, bureaucracy, increased fuel-based contributions to climate change, depletion of water tables, increases in food prices and countless other side-effects.

There is another way! Cellulose-based ethanol and algae-based biofuels have the potential to circumvent all these difficulties. Blogger Engineer-Poet has posted extensively about the subject at the Ergosphere. Engineer-Poet is an eminent voice of reason in the debate. We dispose of enough straw, corn stover, and waste wood each year to make up a substantial portion of our liquid fuel consumption. This is not even counting brush that could be cleared from hillsides in populated areas, having the added benefit of greatly reducing the risk of dangerous wildfires. The best part is that it creates good-paying jobs, reduces the trade deficit, and it’s all carbon neutral!

Small farm towns in the heartland can achieve the same economic benefits going down the practical path of renewable energy as they can following the agri-giants to the ‘dark side.’ If they do, the nation will avoid many pitfalls, including aquifer depletion, and massive fertilizer pollution. If not, the renewable energy juggernaut has the potential to wreck the land in unprecedented ways.

But as with past U.S. energy policy, the outcome will unfortunately likely not be based on science or practicality, but rather on politics and expediency. Are we going to allow this to happen again?

[ADDITION: For a full discussion of how corn and industrial petro-chemical agriculture is wreaking havoc on American farmland and diet, see “The Omnivore’s Dilemma” by Michael Pollan. A Wikipedia summary:

In his latest book, The Omnivore’s Dilemma,, Pollan writes about the destructiveness of how food is now grown by modern agribusiness. According to Pollan, agribusiness has lost touch with the natural cycles of farming, wherein livestock and crops intertwine in mutually beneficial circles. Intensive petrochemical use underscores Pollan’s analysis of modern agribusiness, but the overuse of corn itself, for everything from fattenning up cows to massive production of corn oil, high-fructose corn syrup and other corn derivatives, is the focus of The Omnivore’s Dilemma. He describes the inefficiencies and other drawbacks of factory farming, and assesses Organic food production and what it is like to actually hunt and gather food. He blames those who set the rules (i.e., politicians in Washington, D.C., bureaucrats at the United States Department of Agriculture (USDA), profiteers on Wall Street, and agricultural conglomerates like Archer Daniels Midland) for the destructive and precarious agricultural system that have wrought havoc upon the diet, nutrition and well being of Americans.]

Update: The corn ethanol industry has become institutionalized since this article was written, tripling in volume. Annual increases in production look to have leveled off in recent years. But as the vehicle sector transitions to electricity over the next 10-15 years, demand for ethanol will decrease right along with demand for petroleum. Hopefully just in time to absorb the climate-induced drop in grain production the U.S. is likely to face, and free up more grain for human and animal consumption.

The Durable Trauma Of Growing Up In A Cult