The Mad Paranoia of the “End Times”
LOGIN
Monday, December 5, 2022
Top Posts
What’s Up With the Nazi “Black Sun” Rune Wheel?
Elizabeth Clare Prophet Claimed To Be ‘Clairvoyant’
The Eightfold Path of Denial of Death
Why I Left The Radical Secular Podcast
Miss R*EVOLutionaries: Panel Discussion
Money Is Not A “Shared Fiction”
Beliefs About God Won’t Make You Moral
This Is Not Fine!
Wealth Concentration Leads to Feudalism
Is Something Unclear About What’s Wrong With America?
SUBSCRIBE
Archive

Home Religion The Mad Paranoia of the “End Times”

It's always a good time for an apocalypse, if you're not getting your way 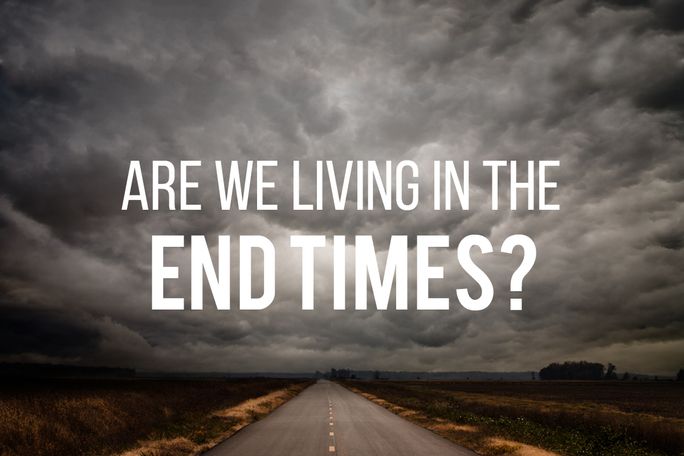 Watching scientific naturalism sweep the world in practice (if not in stated belief) must be frustrating for the faithful.So much so, that they use the products of science to spread their vicious and poisonous doctrine. (Unlike prayer networks, you can actually use things like cell phones and the internet to communicate!) Now, apocalyptic fever has reached a crescendo, as recounted in this article in the LA times.

I want to point out that such an article on any other subject would only be printed in The Onion. But when religion gets involved, suddenly through sheer force of popularity, otherwise insane (or simply humorous) claims are somehow taken seriously. The article is entitled “‘End Times’ Religious Groups Want Apocalypse Soon.” It begins with a discussion of Mahmoud Ahmedinejad’s plans for the arrival of the “Mahdi” within two years. It then continues through various christian sects and their continuing delusion that the return of their ‘savior’ is just around the corner, if only they can reach some specified critical mass of converts.

According to various polls, an estimated 40% of Americans believe that a sequence of events presaging the end times is already underway. Among the believers are pastors of some of the largest evangelical churches in America, who converged at Faith Central Bible Church in Inglewood in February to finalize plans to start 5 million new churches worldwide in 10 years.

“Our whole purpose is to hasten the end times,” he said. “The Bible says Jews will be brought to jealousy when they see Christians and Jewish believers together as one — they’ll want to be a part of that. That’s going to signal Jesus’ return.”

Jews and others who don’t accept Jesus, he added matter-of-factly, “are toast.”

So let me get this straight. Believers are frustrated that their ‘god’ hasn’t managed to convince enough people of his invisible existence. So now, he’s going to ‘step through the veil’ and REALLY do some convincing (in the form of destroying unbelievers). Now this is the part that gets scary: If somehow ‘god’ fails to manifest enough glorious destruction, well, it will be up to each group of ‘chosen’ people to finish the job for ‘him’.

There are christians who each year attempt to stage a confrontation with islam:

Meanwhile, in what has become a spectacular annual routine, Jews — hoping to rebuild the Holy Temple destroyed by the Romans in AD 70 — attempt to haul the 6 1/2 -ton cornerstones by truck up to the Temple Mount, the site now occupied by the Dome of the Rock shrine. Each year, they are turned back by police.

Among those turned away is Gershon Solomon, spokesman for Jerusalem’s Temple Institute. When the temple is built, he said, “Islam is over.”

One of these years, it won’t be a peaceful turning away. Talk about poking a stick into the proverbial hornets’ nest!

My question is this: How is any of this different from any group that is laying plans to commit terrorism? Oh, right, it’s not. Oh, right, religiously motivated violence is sort of the definition of terrorism. So why is the FBI not rounding up the Christian groups in pre-emptive strikes? Maybe they’re just not taken too seriously, since Christians have been spouting this kind of apocalyptic rhetoric for so long. Or maybe it’s because the government of GW Bush shares the same religious ideological heritage.

With each religion making its own preparations, and no one calling them on their lunacy, it’s a wonder we haven’t had even more carnage. It’s a powder keg. When will it end? As I’ve said all along: when people stop believing in propositions supported by insufficient evidence.

Update: The 2020s version of apocalypticism I’m discussing here has blurred the lines between religious and secular versions tied to the “great replacement theory” and other white supremacist fever dreams. This can be summed up as the “need for chaos.” It’s a significant factor among voters for former President Trump. –Sean Prophet, August 2022

Corn Ethanol is an Environmental and Economic Nightmare

Excellent analysis Sean. I also posted about this on my blog, and I wanted to thank you for bringing this LA Times article to my attention.

Sean, in reference to Dubya’s blind eye, I think it comes back to the idea that when it’s your enemies, they’re terrorists.. when it’s your family, their freedom fighters.

A similar set of semantics is used in Iraq all the time… there is no distinction made, in terms of Right Wing rhetoric, between ‘insurgents’ and ‘terrorists’. Granted, both are so co-mingled now that little distinction is needed, but in the early days of the U.S. occupation, these were men saying, rightly or wrongly, ‘get the hell out of my country’. I don’t agree with their idealogy, or their methodology, but I can’t say that I wouldn’t react the same way to what I saw as a hostiel occupation force.

Only if it were in America, they’d be called ‘freedom fighters’.

(do I sound cynical?)