Why Jury Trials Don’t Work
LOGIN
Monday, December 5, 2022
Top Posts
What’s Up With the Nazi “Black Sun” Rune Wheel?
Elizabeth Clare Prophet Claimed To Be ‘Clairvoyant’
The Eightfold Path of Denial of Death
Why I Left The Radical Secular Podcast
Miss R*EVOLutionaries: Panel Discussion
Money Is Not A “Shared Fiction”
Beliefs About God Won’t Make You Moral
This Is Not Fine!
Wealth Concentration Leads to Feudalism
Is Something Unclear About What’s Wrong With America?
SUBSCRIBE
Archive

The requirement for unanimity is undemocratic 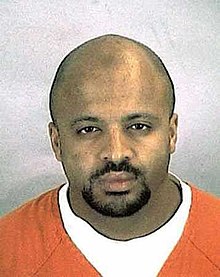 Convicted 9/11 terrorist Zacarias Moussaoui was spared the death penalty because of one jurors’ unexplained and unsupported beliefs.

The jury voted 11 to 1 on at least one of the three terrorism charges against Moussaoui. As they repeatedly took votes by secret ballot, the holdout not only refused to identify themselves, they also declined to reveal the reason behind their decision. This prevented the jurors from having any kind of rational discussion of the matter, and also prevented them from delving deeper into the massive volumes of evidence.

[The jury foreman] said the jurors did not want any notes sent to the judge, so they decided that the whole group would raise anti-death penalty issues because that way the lone dissenter would not feel isolated or “ganged up on.” Deliberations continued, but the foreman said the lone dissenter still did not raise any issues. Three days later, jurors delivered their decision to Brinkema.

The foreman said at the end of the deliberations she felt better about the process but not the outcome.

“I felt frustrated,” she said, “because I felt that many of us had been cheated by the anonymity of the ‘no’ voter. We will never know their reason. We will never be able to hold their reason up to the light and the scrutiny of evidence, fact and law.”

Obviously, there was one juror who was just not going to agree to the death penalty, no matter what the law said. And they concealed their intentions in a most cowardly manner.

I actually agree with the sentence of life, but only because I think it will be a worse experience for Moussaoui than death. Death is what he wanted, so that he could become a martyr. Politically, for America, martyrdom would not have been a good thing. But this is arguing from consequence. And our nation was built on laws being applied consistently and across the board. If U.S. law says that Moussaoui should have gotten death, then a single jurors’ unsupported belief should not have stood in the way.

Robert A. Heinlein developed a solution to this problem in his novel Stranger in a Strange Land. It was the creation of a new class of arbitrator, called the “fair witness.” This was a person whose job it was, and who trained their entire life, to be objective. It could be argued that judges are supposed to act in this this capacity. But I’d say today’s arbitrators actually come closer.

From the Heinlein concordance:

Fair Witness: A Person rigorously trained to observe, remember, and report without prejudice, distortion, lapses in memory, or personal involvement.

Absent such a skilled arbiter, we have seen what capricious personal beliefs can do to the democratic process. To me, jury trials have become a caricature of justice. They are a total connivance and manipulation, and the proof is that cases are won and lost based on jury selection. And jury selection is now considered the most important phase of the trial, over and above matters of fact and law.

This is clearly not what the framers of the U.S. Constitution had in mind.

The trial by jury is something that has always been some kind of a mystery to us Europeans.
While trained professionals are available, the State calls up Harry the Greengrocer who is the local specialist on oranges, Susy McBean whose heart happens to be troubled by her husband cheating on her and other people who would probably like to be somewhere else than in the courtroom. Correct me if I’m wrong but the conviction of a laymen’s jury seems so dependant on the mood that prevails on the day of the trial.

Excuse me, but why didn’t the jurors agree, by majority vote, to eliminate the secret ballot?

Sean, arbitation is a market anarchist process. You don’t want to be seen endorsing such an individualist process on your blog, don’t you ? ;)

Actually…many of the founding fathers spoke very highly of the independent jury, as the last check against a runaway state.

“Actually…many of the founding fathers spoke very highly of the independent jury, as the last check against a runaway state.”

Yea, I know. Too bad I’m a market anarchist and don’t give a damn about the US Constitution. ;)

Well, it good to have a way to strike back against bad laws, eh?

Jurors don’t have to give any rationale. They just hand down a decision. The same can be said for a judge (at least a judge usually has to supply a written decision, citing case law, and can be overturned on appeal). I’m not arguing for abolition of the third branch of government. I think the judiciary is needed as a check and balance on the other two branches.

Allowing jurors to vote in secret, and requiring unanimity for conviction sets the stage for abuses. These abuses come when any juror disagrees with the law. They can vote their conscience without regard to fact or law.

This is where the system breaks down. Jurors should have to justify their views, especially in the case of a hung jury. If one person is going to overrule 11, they should be forced to submit to scrutiny.

Any structure, government or private, which allows unsupported beliefs to rule the day, is morally bankrupt and should not continue.

Whether market anarchy would produce a better result is an open question.

I really fail to see why BlackSun is so upset at this case. He opposes the death penalty and this guy is not going to get the death penalty, although he will be in solitary confinement in prison the rest of his life. That’s a pretty severe punishment.

Who exactly should the jurors have to justify their votes to? The judge, a government employee? That’s absurd. If the judge is able to overturn a jury verdict because the jury didn’t vote the right way for the right reasons, we might as well eliminate juries.

Since most laws are crap, jury nullification is usually going to be a net positive for liberty.

The system is broken down already, if you didn’t notice. But modifying the rules for jury trials to make it easier for the state to convict will only make things worse.

Perhaps once we have rational laws, we can rethink the entire system.

I don’t oppose the death penalty, I was just saying that in this case, I think life was worse from Moussaoui’s point of view.

I think a holdout juror should be forced to disclose their vote, and justify their position in relation to fact and law. Otherwise, jury trials are just based on twelve people’s (or in this case one person’s) subjective opinion.

I don’t think the solution is simple majority juries. I agree with a high burden of proof in criminal cases, especially death-penalty ones. But the issues at stake in civil or criminal trials, which can be life, large amounts of money, or significant jail-time, are too important to be left to amateurs. Too important to have the outcomes based on attorney’s emotional appeals to people’s subjective biases.

I would love to see better government, better laws, etc. But a key component would be greater objectivity in juries, which might be better served by changing over to panels of trained professionals.