‘Liberal’ Blogger Slams Atheist ‘Whackjobs’
LOGIN
Sunday, December 4, 2022
Top Posts
What’s Up With the Nazi “Black Sun” Rune Wheel?
Elizabeth Clare Prophet Claimed To Be ‘Clairvoyant’
The Eightfold Path of Denial of Death
Why I Left The Radical Secular Podcast
Miss R*EVOLutionaries: Panel Discussion
Money Is Not A “Shared Fiction”
Beliefs About God Won’t Make You Moral
This Is Not Fine!
Wealth Concentration Leads to Feudalism
Is Something Unclear About What’s Wrong With America?
SUBSCRIBE
Archive

We should care about what's true, not tone 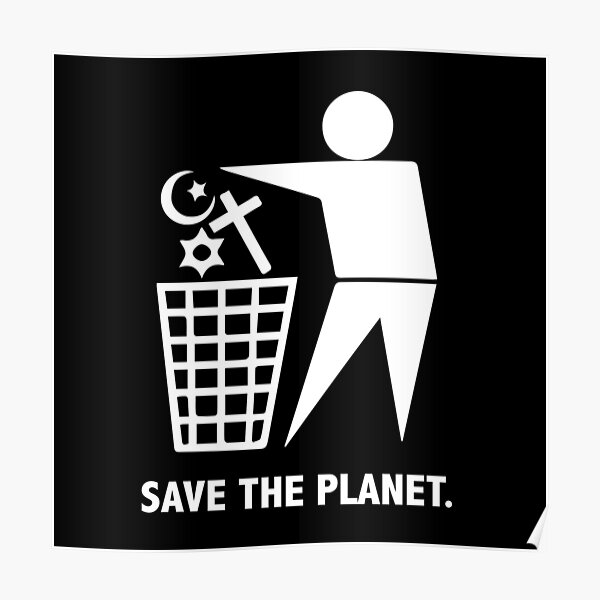 An editorial over at The Raw Story has been attracting a lot of attention.Its author Melinda Barton pulls out the same old tired claims about atheism being another ‘religion,’ and that atheists are just as ‘extreme’ as fundamentalists. She makes numerous blatant factual and logical errors, and does a deep disservice to freedom-lovers everywhere:

Doing what must be done to insure the integrity of the left will require identifying our extremists, countering their mythologies, and acknowledging the dangers they pose to a truly liberal society.

First, what is an atheist whackjob? The term secular for the purposes of this article will refer to those who disbelieve all religious and spiritual claims,

Emphasis added again–requiring proof makes me a whackjob? Guilty! What part of a “truly liberal” society would prevent me from being vocal in my opposition to religion?

Beyond atheism or mere disbelief, of course, is anti-theism, a mantle I take up with great enthusiasm. Anti-theism says, “This set of unsupported beliefs and claims has caused so much damage, that it’s not enough to merely disbelieve it. I must actively challenge its claims, and oppose its dominance.”

PZ Myers from Pharyngula responded at The Raw Story with a thorough debunking of Ms. Barton, and also on his own blog.

This world around us, the material, measurable, physical universe, is shared between us. The supernatural sphere, which we atheists deny, is not, and is peculiar to each religious group and even to each individual. We should be governed by those principles we all hold in common, rather than some untestable and immaterial doctrine held on faith by some minority…or even a majority. It does not violate church doctrine to point out that there is a worldly component to our existence — Catholics are bound by gravity, Jews do no violate the laws of thermodynamics, Muslims are worried about Peak Oil, and even atheists heed the Golden Rule — so it seems reasonable to me that we should insist that our public servants should restrict their concerns to that worldly part. They can pray for us on their off-hours.

I posted comments on both articles:

Obviously, Ms. Barton is afraid that some evidence be discovered that might interfere with her irrational beliefs.

Her arguments are laughable. Her religious bias and superior tone are blatant.

Reason and critical thinking threaten no one except those with unsupportable agendas. Collectivist ideologies and religious extremism go hand in hand. We won’t truly be free in America until theistic beliefs cease to be prerequisites for political office.

If holding such an opinion makes me a ‘whackjob,’ then so be it.

My credo: “The quest for empirical knowledge and reason gives purpose to life. Supernaturalism, mysticism and religion take it away. The best anyone can do is to attempt to eliminate all beliefs and subjective biases.”

Good rebuttal, PZ. The only reason religious people hang on to their unsupportable belief systems, is that they are too scared to face life (or death) without them.

Sam Harris gives this subject the weight it deserves in his excellent treatise “The End of Faith.” Social acceptance of religious moderates provides the climate that allows extremists to flourish.

We need to strip religions of their fangs: warfare, opposition to sexuality/birth control/abortion, terrorism, enforcing ‘sharia’ and other antiquated religious ‘laws.’

When this happens, and religions have ceased to be a threat to peaceful people worldwide, I will have no trouble tolerating their practices. It won’t be any different than how I tolerate people’s choice of entertainment now.

Go see that same horror show, week after week on Sunday morning if you want. Just don’t try to require me or my kids or friends to come along with you or do what the movie says.

There are many things I don’t believe in, but only one of them has a name. I think that says more about theists than atheists. I don’t want to be described by what a theist isn’t. I want to be what I am.