Junk Research “Swift-Boats” Hybrid Cars
LOGIN
Monday, December 5, 2022
Top Posts
What’s Up With the Nazi “Black Sun” Rune Wheel?
Elizabeth Clare Prophet Claimed To Be ‘Clairvoyant’
The Eightfold Path of Denial of Death
Why I Left The Radical Secular Podcast
Miss R*EVOLutionaries: Panel Discussion
Money Is Not A “Shared Fiction”
Beliefs About God Won’t Make You Moral
This Is Not Fine!
Wealth Concentration Leads to Feudalism
Is Something Unclear About What’s Wrong With America?
SUBSCRIBE
Archive

It's all about fear, uncertainty, and doubt 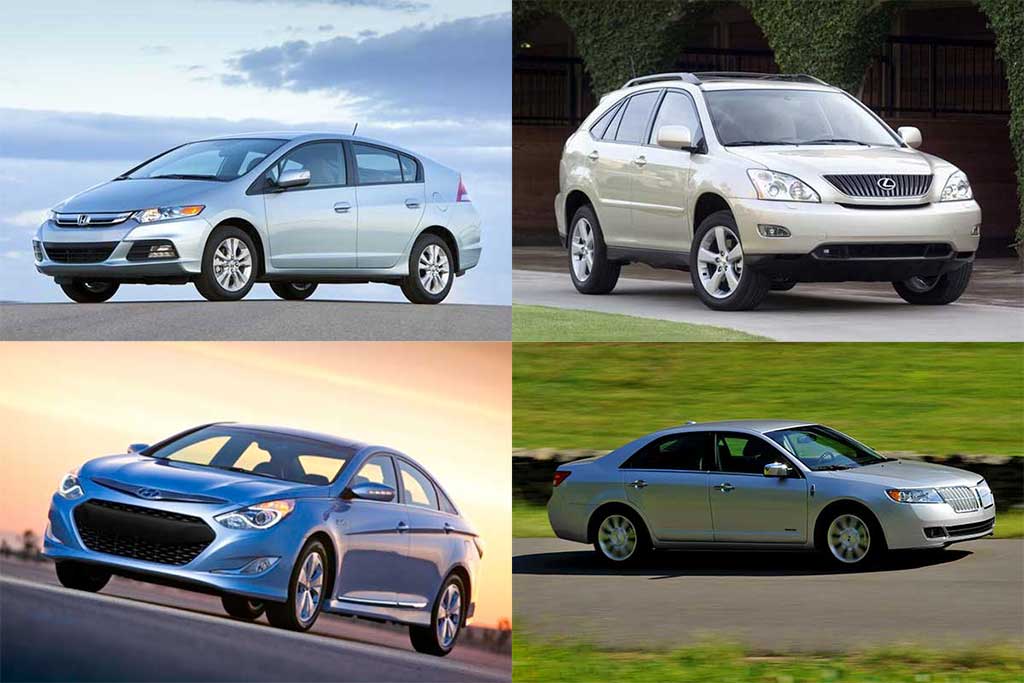 CNW Market Research has come out with a purported “study” that claims hybrid cars don’t save money or energy. They claim that the lifetime cost of a Toyota Prius is $3.25 per mile, while a Hummer H3 “only” costs $1.94 per mile. They claim this cost was calculated based on a “dust-to-dust” analysis of manufacturing costs, transportation costs, and most importantly, disposal costs.

This controversial and dubious study defies all logic, and is grossly and stupefyingly wrong. Just at the moment when GM is faltering and hybrids are poised to sweep the automotive market, a pseudoscientific study appears, trying to raise just enough doubt in consumers’ minds to give Ford and GM a last gasp of brontosaurian SUV sales.

Let’s do the math. The Prius I bought in June of ’05 now has 15,000 miles on it. According to their figures, I should have already spent $48,750 on it. The car cost $27,000 brand new, and I’ve spent maybe $75/month on gas since then. Even if I were to drive the car to a scrapyard tomorrow, for disposal, I’d have $21,075 left (by their math) to handle total proper environmentally sound disposal of the vehicle. And that’s after only 15,000 miles. So already, their numbers are solid bunk. It’s almost so bad it could be chalked up to a misplaced decimal point.

Even allowing for some hidden costs that may result from unpaid externalities such as battery disposal, this study is clearly a whitewash for big oil and the big three U.S. automakers. Also ignored in the study is the fact that hybrids are a new technology and suffer from early R & D costs which will be more than compensated for over the life of the product line. Says Toyota CEO Jim Press, quoted in Wired Magazine April 2005:

“You’ve got billions of dollars of research and testing, and parts suppliers that have to be dealt with. On engines and power trains, you need 10- to 20-year life cycles to amortize the investments.”

Most important, the prospect of much more expensive oil is ignored. Hybrid cars are a vital bridge to plug-in hybrids which comprise the likeliest transition away from total oil dependence. Plug-in hybrids would also allow cars to run (for a limited range) from completely renewable electricity generated from solar or wind.

These types of factors would argue for developing hybrids even if they were more expensive, which they’re clearly not. There’s no way Toyota, or the government, or anyone has that kind of money to throw at the problem. And though Toyota Motor Sales Corp. may be a good corporate citizen (comparatively speaking), they’re not THAT altruisic.

What’s puzzling about the CNW study is what they have NOT said. Are they counting the externalities associated with oil, which some have estimated to be as much as $5.00 per gallon? I don’t see how they could be, since high fuel consumption vehicles fared well in the study.

“The cost of oil, the real cost of oil, is not just what you pay at the pump,” says [Toyota CEO] Press. “It’s what we’re paying in Iraq. That’s the true cost.” In short, Toyota has chosen the hybrid track for a simple reason: The world cannot afford to wait another 40 years.

CNW’s contention that hybrids are more expensive because they are “more complex” sounds a lot like the apologists over at GM, where they decided 5 years ago not to build hybrid cars because they had “too many parts.” Reminds me of the movie Amadeus where someone says to Mozart that his music has too many notes. His classic reply was “which ones would you like me to remove?” Seems like hybrids are a technical symphony the Big Three can’t comprehend.

From the February 2006 Wired article:

The Prius demystified comes down to this: It has 1,432 propulsion parts (the [Chevy] Malibu has 822). It has two electric motors, plus lots of software and finely machined gears to transport power to the wheels. That makes the Prius very expensive to design and build.

That’s typical of Toyota, say critics. With the Prius, says electrical engineer Michael Cutajar, “Toyota took a Corolla and added huge amounts of cost and complexity. They don’t make any money on it.” Toyota scoffs at the idea. “We’re making money on the Prius,” says Nancy Hubbell, a spokesperson for [Toyota] the company, “especially with the economy of scale we’re getting by introducing two new models this year and two next year. The additional cost of a system is more like $3,500 per auto.” And in any event, Hubbell says, consumers buy hybrids not only for fuel savings but also for intangibles like lower emissions and cleaner air.

Clearly hybrids have a ways to go before they outpace conventional cars across the board. Batteries need to get a lot better. But for a technology that’s only been in mass production for 7 years, they’re doing damn well against the conventional auto which has been produced continuously almost since the turn of the 20th century. Hybrids are essentially computers with wheels. They sport industrial strength 288V batteries, high powered electric motors, and they have the legacy auto industry running scared.

Best of all, consumers seem to love hybrids. New Priuses will even soon be available with an automatic self-parking option.

Either some mysterious investor is subsidizing these Priuses to the tune of $275,000 apiece, or CNW Market Research is worse than Enron, Arthur Andersen, and the Bush Administration put together.

They can’t do science, they can’t add, they lie through their teeth, and they make headlines.

[UPDATE: Here is a study that shows the largest amount of toxic pollutants are released during car manufacture–even larger than the lifetime fuel by-products. Even with this taken into account, large SUV’s would still pollute more, since they have more raw materials than smaller vehicles.]

Note: In retrospect, these fossil-fueled “research” hit jobs on hybrid vehicles can be seen as even more preposterous than they were at the time. Hybrid vehicles have been a huge success story over the past 20 years, and have resulted in dramatic efficiency improvements, lower driving costs, and emission reductions. Even now, this tactic is still widely used in conservative media to trash electric vehicles. If anything, the propaganda has increased as EVs approach their irreversible tipping point in the market. The most cynical premise of all, is that the fossil-fuel industry has ever cared about saving money, energy, or the environment. –Sean Prophet, August 2022

Murdering the Apostate Part 1: Afraid of the Darkness

No question, almost any form of public transport is much better energy-wise than the most efficient cars.

Since we live in a car-crazed culture, with trillions of dollars invested in roads and infrastructure, it’s vitally important to make those cars as efficient as possible.

There are extremists who would like to do away with cars altogether. This might save energy, but would require a huge additional infrastructure investment. Something that might be hard to justify in a time of high energy costs. Lead times on public transport such as light rail can be 5-10 years.

That being said, public transport has been woefully underfunded in the U.S. This is in no small part because of the convenience and popularity of cars. You can’t totally blame big oil and the car companies. People get (and pay for) what they want.

On direct costs the only comparable vehicles are such things as the Toyota Echo, Comry, or something like that. But after 6 or so years even those cars costs and fuel costs are going to fly by the Prius (not counting increase).

The other funny thing is, if costs appropriate to the maintenance and building of the roads where included (That’s about 100 billion of total federal, state, and local expenditures per year) that makes current gas prices at minimum 5-6 dollars per gallon in the United States.

Then of course there are all these facts of life… …and I can’t help but look back and think, if the Guv’ment hadn’t enterferred in the first place, cars would probably work better and faster, we’d still have a mess of trains in the US, mass transit would be options in even the smallest of cities, and competition would have been a catalyst for better, more intelligent, and cost effective travel.

But o’ well, Who is John Galt?

I also bet 10 bucks that my form of primary transit (Light Rail Vehicle) is less than even the Prius over the life span of such vehicles. :)

Of course their math is solid! My friend owns a 2005 Honda Civic Hybrid, and has had to pay $125,000 in maintenance on the car so far. He had to sell his house to pay for it!

Just kidding! Was that study funded by Hummer or Westinghouse or something?