10,000 Clergy Admit Bible Not Literal Truth
LOGIN
Sunday, December 4, 2022
Top Posts
What’s Up With the Nazi “Black Sun” Rune Wheel?
Elizabeth Clare Prophet Claimed To Be ‘Clairvoyant’
The Eightfold Path of Denial of Death
Why I Left The Radical Secular Podcast
Miss R*EVOLutionaries: Panel Discussion
Money Is Not A “Shared Fiction”
Beliefs About God Won’t Make You Moral
This Is Not Fine!
Wealth Concentration Leads to Feudalism
Is Something Unclear About What’s Wrong With America?
SUBSCRIBE
Archive

Of course it isn't. And it's not compatible with science, either. 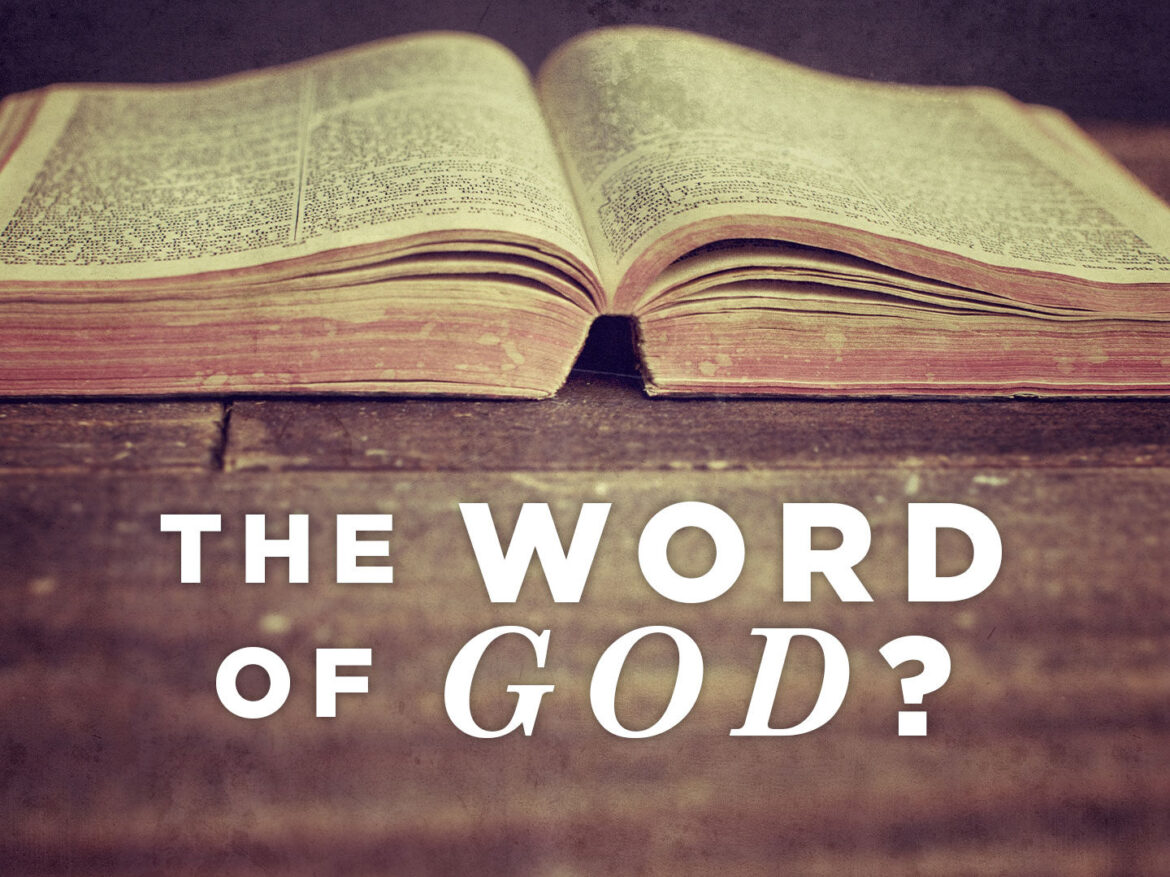 While virtually all Christians take the Bible seriously and hold it to be authoritative in matters of faith and practice, the overwhelming majority do not read the Bible literally, as they would a science textbook.

They also state the following regarding science, and the study of science:

We the undersigned, Christian clergy from many different traditions, believe that the timeless truths of the Bible and the discoveries of modern science may comfortably coexist.

They don’t really, but it’s a step.

We believe that the theory of evolution is a foundational scientific truth, one that has stood up to rigorous scrutiny and upon which much of human knowledge and achievement rests. To reject this truth or to treat it as “one theory among others” is to deliberately embrace scientific ignorance and transmit such ignorance to our children. We believe that among God’s good gifts are human minds capable of critical thought and that the failure to fully employ this gift is a rejection of the will of our Creator. To argue that God’s loving plan of salvation for humanity precludes the full employment of the God-given faculty of reason is to attempt to limit God, an act of hubris. We urge school board members to preserve the integrity of the science curriculum by affirming the teaching of the theory of evolution as a core component of human knowledge. We ask that science remain science and that religion remain religion, two very different, but complementary, forms of truth.

I look at this as a Darwinistic stage in the social evolution of religion. The smart ones realize that they cannot continue with their ridiculous denials of the obvious. As the dominoes fall one by one, radical theists can continue to cling to the whole cloth of their outmoded beliefs, complete with the cognitive dissonance that requires. Or they can give up their faith, and embrace reason. It seems we are witnessing the birth of a middle ground. One where the story and myth of scripture can be actually seen for what it is. This is progress, if only slightly. It would probably be too much to ask the clergy to give up their livelihood by admitting the total fallacy of theism. But at least if they can confine their role to discussing “matters of faith and practice” they may have less need to impinge on how the world is run. On the other hand, being that the theistic meme has shown itself to be tenacious, we can expect more of this type of ‘pragmatic faith’ to take center stage. This allows it to maintain comfortablity and continued ‘relevance.’

George Bush: Put Your Money Where Your Mouth Is

I know this is an old post but I just had to say..ABOUT TIME! The problem is the general misconceptions about the defination of Evolution. People who reject it generally think it is not compatible with the belief of a god. This will be good for that group.

*shameless self promotion*
If your interested, theres a debate going on here on my forums about Evolution vs. ID/Creationism that could use your insight. ;)
http://jonathanwallace.net/forums/viewtopic.php?t=24

Cool forum Jon. I’ll drop on by when I have time.

It’s funny, and in a sad type of pathetic way, watching these people, billions of them slowly denounce their own religion in an attempt to make myth and story fit to logic, reason, and science.

The custody of Genomes
>
>
> God has painstakingly and patiently created, by means of evolution-
> his most ingenious invention-, millions of species on earth over a
> span of four billion years. Now if you think He could leave the fate
> of the genomes of those species to chance alone, you are grossly
> mistaken. The earliest evidence of God's concern for earth's genomes
> is in the book of Genesis where we learn that the first ordained
> human custodian of genomes had been Noah during the flood. In this
> essay I will attempt to prove that man still remains the sole
> custodian of all terrestrial genomes, albeit he may be unaware of
> the fact.
> The earth is a single closed ecosystem (Gaea Hypothesis) that is
> vulnerable, in addition to indigenous catastrophes, to orbital
> traffic accidents. Had the shoemaker-levy comet struck earth instead
> of Jupiter in July 1994, all God's work on earth would have been
> wiped out of the universe forever. It would have taken another
> billion years for new, and in all likelihood, different organisms to
> evolve from the micro-organisms and protozoa that might have been
> spared in this calamity. The few astronauts on the Mir space station
> would have suffered a slow and painful death, having nowhere to go.
> Why do I believe that God has ordained man as the custodian of the
> genomes He has created on earth? Man is, so far, the only organism
> that has developed technology advanced enough to construct 'Closed
> Ecological Life Support Systems' (CELSS) and to propel them into
> space. Someday these (CELSS) would evolve into viable self
> replicating super-organisms containing humans or other animals and
> plants, and would eventually become totally independent from earth.
> It is as if God intended for earth to breed and has relegated man to
> do the necessary chores for him. In that connection I sure hope man
> is not too far behind schedule!
> quite a similar phenomenon had occurred more than a billion years
> ago when some 'clever' unicellular organisms joined forces in a
> vertica1 evolution to create ' Closed Ecological Cell -Support
> Systems' (CECSS) that eventually developed into the multi-cellular
> organisms that could ultimately forsake the aquatic environments of
> earth and become the first inhabitants of land, sea and air. The
> cells that made this vertical evolution possible must have, in fact,
> been the custodians of all unicellular genomes of that period and
> Had saved them from many aquatic hazards.
> When the earth successfully 'breeds' many CELSS roaming the solar
> region and, in the distant future, beyond our solar system, God can
> rest assured that a single huge comet or asteroid would not succeed
> in wiping out His genomes. I believe every fertile planet in the
> universe must eventually develop an intelligent (humanoid) species
> that would become the custodian of its various genomes, ultimately
> transferring them (not necessarily physically) into space, or
> eventually face total annihilation by an asteroid.
> Now if God has chosen Man to be the custodian of His genomes on
> earth, then we must automatically accept genetic technology and
> space programs as part of nature. The cracking of the genetic code
> and the conquest of space by man would be two integral steps in the
> evolution of matter in the universe. In other words, the technology
> developed by man is just as natural a process as the chemistry
> developed by cells, eventually enabling them to organize into
> multi-cellular organisms.
> Finally, I believe evolution is basically a series of escapes of
> representatives of organized matter from the environments of their
> birthplaces to less hazardous environments. Thus cells , integrated
> in multi- cellular organisms, forsook the aquatic environments that
> were subject to evaporation, to settle in terrestrial environments.
> Man will move into space (surrounding the sun) integrated in
> multi-humanoid super-organisms to evade the consequences of an
> asteroid crash on earth. Super-organisms would eventually forsake
> the sun integrated in super-super-organisms to evade its explosion
> in a supernova, and so forth until someday the universe is totally
> organized.
>
>
>
> Boghos L. Artinian MD MRCP
>
>
>