Humans Crave A Sense of Awe
LOGIN
Sunday, December 4, 2022
Top Posts
What’s Up With the Nazi “Black Sun” Rune Wheel?
Elizabeth Clare Prophet Claimed To Be ‘Clairvoyant’
The Eightfold Path of Denial of Death
Why I Left The Radical Secular Podcast
Miss R*EVOLutionaries: Panel Discussion
Money Is Not A “Shared Fiction”
Beliefs About God Won’t Make You Moral
This Is Not Fine!
Wealth Concentration Leads to Feudalism
Is Something Unclear About What’s Wrong With America?
SUBSCRIBE
Archive

Humans Crave A Sense of Awe

Just don't get carried away into 'spiritual' fantasy 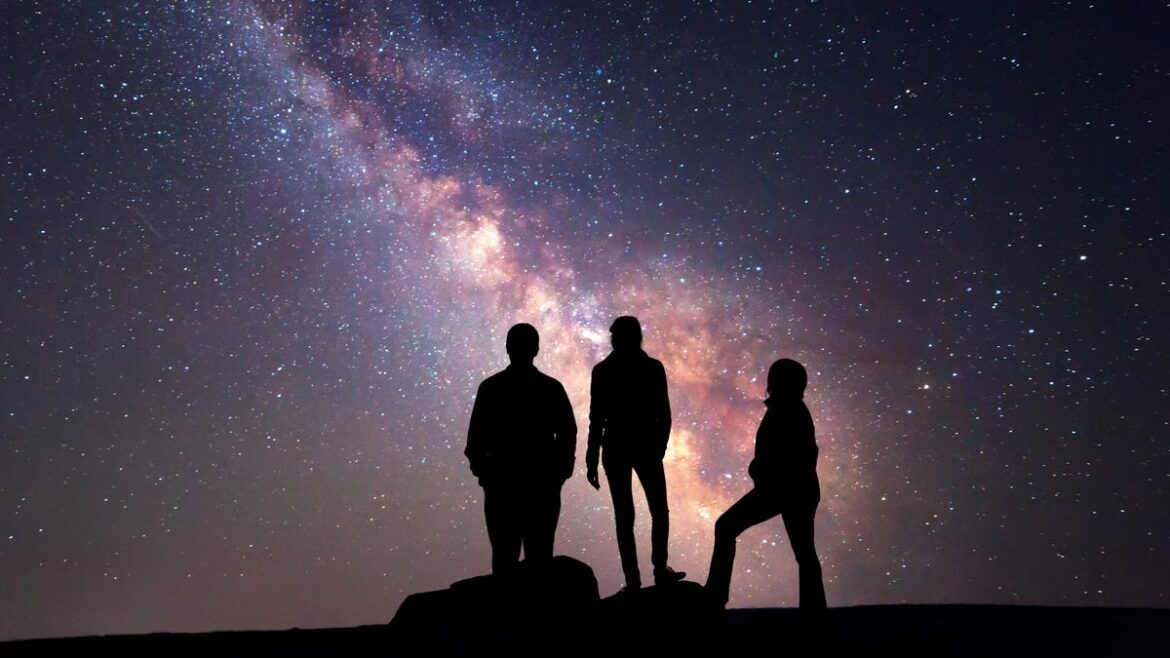 Forging a conscious relationship with the world around us, and the larger universe, is important.It is one of the most powerful instincts that follows our quest for self-actualization. We seem to need a sense of awe. But it doesn’t have to be done in groups, or by following a leader.

When I say “spiritual,” it’s a complicated word that has some unpleasant associations. Still, there has to be a word for that soaring feeling that we experience when we contemplate 13 billion years of cosmic evolution and four and a half billion years of the story of life on this planet. Why should we give that up? Why do we not give this to our children? Why is it that in a city like Los Angeles, a city of so many churches and temples and mosques, there’s only one place like this Center for Inquiry? And that it’s only us here today? Fewer than a hundred people in a city of millions? Why is that? Why does the message of science not grab people in their souls and give them the kind of emotional gratification that religion has given to so many?

There are as many metaphors for this feeling of uplift as there are humans. God, Gaia, universal spirit, Buddha, collective unconscious, your own psyche. There’s no problem with questing after the feeling. For me, it’s easy to get that feeling just staring into the night sky. Or contemplating how small and insignificant we are and how brief our life–contrasted with the towering achievements modern humans have made compared to earlier generations. I get the feeling when I look at my children, or others I love. Or even looking at plants, or fractals, or insects, or simple geometric forms, or human cells and organs, or pretty much anything in the material world. I appreciate it all. To me, all of it has a ‘miraculous’ awe-inspiring quality.

The laws of chemistry and physics impress the hell out of me and inspire reverence. They never change. They can always be counted on. (At least on any time-scale that matters to humans). All we have to do is understand and follow the laws, and we are masters of our world. What could be better than that?

But my method doesn’t work for everyone. Some need drama, guilt, fear, and a personal god. Some need to believe that their lives are directed from above: i.e. “If you don’t like where you are, know that god had a reason for putting you there”…etc….When people take their spirituality into these areas, and construct their fantasies of predestination or spiritual Armageddon, the battles can spill over into the real world. I consider all elements of this process to be vulgar and obscene, because they deny the magnificent reality and utter beautiful sufficiency of the vast and very real physical universe. Such fantasies are a direct affront to my own powerful sense of ‘spirituality.’

In my religious studies, I’ve found one exception to this generalized revulsion: Buddhism. It’s almost a non-religion, and probably the least harmful. Sam Harris agrees with me. In the last chapter of “The End of Faith,” Harris cites Buddhism as the solution to many of the world’s problems. I wouldn’t go that far. I think Buddhists still need to get over their concepts of deprivation and asceticism as a path to enlightenment, as well as the misplaced idea that suffering is caused by desire.

Desire plays a very important role for humans. The suffering is the messenger of our biological ‘decision making apparatus’ pursuing things that provide sustenance and evolutionary advantage–[ref. Abraham Maslow’s hierarchy of needs]. In this sense, the ‘suffering’ is there as a motivator, it’s part of the program, and is clearly meant to be satiated, not avoided.)

Some Buddhists also seem to have a need for following leaders, which is bound to get them in trouble–or at least hinder their individuation.

The law of ‘karma’ is another fantasy to help people deal with ongoing and blatant injustice. It’s also good for keeping people in line. There is actually no karmic justice at all in life, only winners and losers. (How could Hitler, Stalin, and Mao have been subject to the law of karma??–they could never possibly repay the karmic debt for the millions of deaths they caused).

Then there’s the whole Nirvana fantasy, which involves the continuity of consciousness after death, which also presupposes reincarnation and its eventual end (‘escape from the wheel of rebirth’). Again, people should refrain from commenting about the afterlife, since there’s no way of verifying any of it. We’ll know (or likely not) when we get there. Anything that takes away from full participation in the one life we actually know we have for sure is to be avoided at all costs, including pining and questing after ‘nirvana.’

But at least Buddhists don’t believe in an omnipotent, omniscient and omnipresent god, and I’ve never heard of a Buddhist religious war of any kind. It’s kind of hard to hurt anyone when you’re meditating.

Note: Sadly I’ve become aware since I wrote this so many years ago, that Buddhists have been heavily involved in violence in Myanmar and elsewhere. I’ve also given up on the idea that spirituality (religion for one) is any improvement over organized religion and large groups. Call that feeling whatever you want, I get all the awe and wonder that I’ll ever need from the physical world, the only world we’ll ever know. –Sean Prophet, August 2022

Cult of Mac vs. Cult of CUT

What Drew People to The Summit Lighthouse?

The word "awe" implies a sense of being dwarfed intellectually. I don't tend to feel awe at things. I feel wonder. I think those are very difference. Awe is extremely limited and self-contained. Wonder is open-ended.

I think Druyan is right on. Thanks for the thoughtful piece Sean.

“the word awe implies a sense of being dwarfed intellectually.”

I don’t interpret it that way. The only problem I have with the definition of awe as given by wikipedia is with the inclusion of word dread ( to inspire fear) although frankly, in the face of the forces of nature its a perfectly healthy and practical response to feel some degree of fear. The sea, the mountains, the wind etc.. blindly and routinely take life out in the wink of an eye. To think otherwise would involve a distortion of reality to some degree.

From wikipedia: “Awe is an emotion of reverence,(to show deep respect or love for) respect, dread, and wonder inspired by authority, genius, great beauty, sublimity, or might. ”

I do wince a bit at the inclusion of ‘authority’, however I must admit feeling awe.. or deep respect and wonder..(not fear in this case) in the presense of someone who has mastered a given discipline; a scientists novel insight or a great musical performance can bring me to such a place.

Myriam, I can relate to what you are saying. I think there may be a genetic basis to what you are talking about. At the very least, there is a psychology of needing to take risks. I found this interesting article at Psychology Today about risk taking:

This article has a great discussion of how this risk-taking behavior has been essential to human development.

I don’t think you need religion per se to do this. Aside from physical thrill-seeking, there are many people who find this fulfillment through conscious power exchange in role playing through dominance/submission. Clearly, this is not a moral issue, but rather how you choose to live your life.

What some call spiritual, can be also played out in the imaginal/archetypal realms. Now this is not to say that it is a bad thing to be humbled in the face of the awesome power of the forces of nature. But simply that there are many ways to experience this dynamic.

Dominance/submission is more of a psychological activity. There are many books available on the subject.

For someone who needs to take risks, the allure would be giving up some sort of personal control. In a trusted relationship, submission would be allowing the other person to have temporary control as part of a “psychodrama,” to explore those feelings.

I don’t know if that is what you were referring to. Certainly if you got a thrill out of being in mortal danger in the middle of a tornado, you might enjoy setting up a more voluntary loss of control that did not entail real risk of bodily harm.

“What one person considers moral may be considered very immoral for another.”

True. But those are subjective forms of morality. Objective morality is derived from the human drive for survival and pursuit of rational self-interest. These refer loosely to fulfilling Maslow’s hierarchy of needs. By applying the principles of self-interest, along with universality (more precise form of the golden rule), objective morality can be defined.