Treat Atheists How You Want To Be Treated
LOGIN
Sunday, December 4, 2022
Top Posts
What’s Up With the Nazi “Black Sun” Rune Wheel?
Elizabeth Clare Prophet Claimed To Be ‘Clairvoyant’
The Eightfold Path of Denial of Death
Why I Left The Radical Secular Podcast
Miss R*EVOLutionaries: Panel Discussion
Money Is Not A “Shared Fiction”
Beliefs About God Won’t Make You Moral
This Is Not Fine!
Wealth Concentration Leads to Feudalism
Is Something Unclear About What’s Wrong With America?
SUBSCRIBE
Archive

Home Atheism Treat Atheists How You Want To Be Treated

Treat Atheists How You Want To Be Treated

An olive branch that will never be accepted 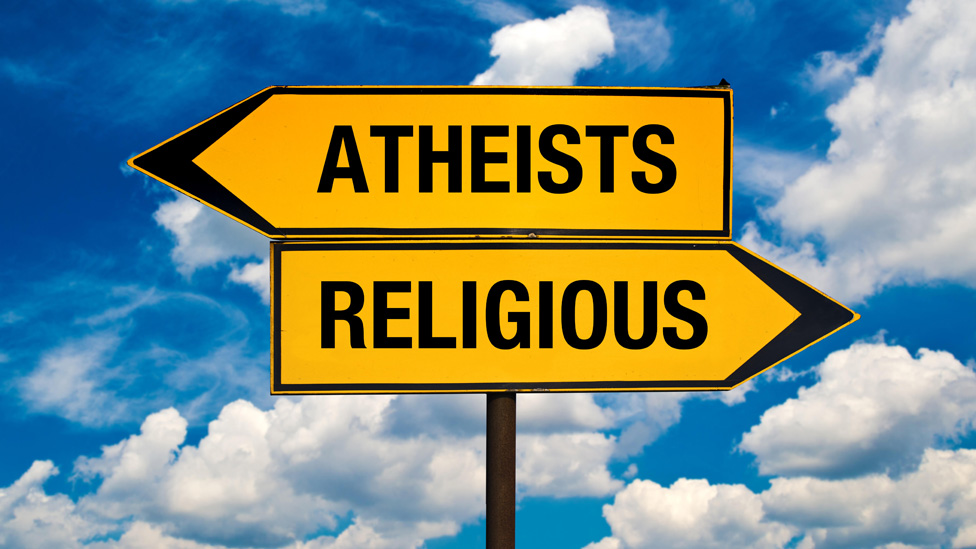 Those who believe in a naturalistic world view ask a lot of the religious.We ask them to take a much more difficult approach to existential problems. We ask them to give up closure and simplicity for open-ended inquiry that requires acceptance of many unknowns. We ask them to come up to a higher standard, where ideas must stand on their own merits, and where facts must be backed up with evidence. We ask them to put their trust in physical senses many have been taught are the “tools of the devil.” We ask them to trade a comfortable afterlife, where families live on for eternity, for acceptance that life is risky, limited, and might not have any ultimate purpose.

We might be offering a fair bargain, because in getting rid of their former comforts, supernaturalists also get rid of many torments. These have plagued humanity for centuries, and include such man-made concepts as the angry god, guilt, fear of gods’ judgment, and denial of entry into that exclusive, elusive paradise called “heaven.”

These fears were instilled at a time when cardinals and kings needed a device to control populations. They didn’t have modern technology, surveillance, or effective police forces. So they planted what essentially amounted to a ‘computer virus’ in human populations, so that people would be manageable and control themselves. That virus was called religion. It’s no coincidence that most religions started out as state religions, nor that the Vatican today is the only non-state institution to be accorded full diplomatic status at the United Nations. Religion has never been separable from its organizational and physical structures.

If we take the biblical accounts as accurate, the reason Jesus was such a threat to the Roman empire as well as the established houses of worship, is that he offered an alternative form of spirituality that was a distinct threat to the existing order. For this he was martyred, and his followers predictably spawned an even more pervasive and destructive belief system. If religion wasn’t in fact a tool of state power, why would anyone have worried about the lowly teachings of an itinerant carpenter?

The virus of religion could not take root if humans didn’t have an innate susceptibility. Some trick of evolution, maybe the same one that gives us capability for self-reflection, makes us vulnerable. From pre-historic times, cults, religions and spiritual practices of all types have operated on a distinct area of the brain, which many researchers have labeled the “god spot” because it lights up on a brain scan in people of all faiths when they pray or meditate. Conversely, electrical stimulation of that spot can cause people to report feelings of profound reverence and spirituality, suggesting that those experiences are likely just a by-product of the brain itself.

Nevertheless, I recognize that what may have started as a virus represents a legitimate form of expression for many people today. If it feels good, do it. I rank religion in the same category as films, concerts, and video games. The faithful have a right to enjoy it, just as I have a right to be entertained in the way that I see fit. In fact, I’ve often felt downright religious, when attending my favorite music concerts. I have no problem with being a hard-core fan of entertainment. But let’s remember that the word fan came from the word fanatic.

And fanatics are rarely content to take their pleasures solo. Religious fanatics have given their brand of spirituality a bad name, and even in the so-called secular democracies have demanded and gotten far more special treatment than other interest groups, such as tax-exemption.

If secular and naturalistic groups want to be left alone by religions, we have to also tolerate and allow the religious to practice their faith. If we take them at their word, what both groups want is peaceful co-existence, since god knows neither is going to change the others mind. So I propose the following: People of faith, go ahead and practice and believe, and we will leave you alone. We will not treat you with disrespect–provided you do the same for us and agree to the following three conditions:

1) DON’T FOIST YOUR LAWS ON SOCIETY. Don’t try to codify matters of your personal taste and preference into laws of the land. These laws criminalize behavior that should be regarded as private:

2) DON’T GENERALIZE YOUR SUBJECTIVE REALITY. Do not argue that your personal subjectivity–which may form the basis for your inner life, and which you have every right to enjoy–has some general application to society at large.

Now just because I tolerate religion and religious expression, doesn’t mean I have to like it. Monster truck races may be entertaining to some, but I am going to draw certain conclusions (stereotypical, I admit), about people who consume that type of entertainment. I would draw a different conclusion about Barry Manilow fans, or fans of snuff films.

Religion is a meme, competing with other memes, in a roiling sea of brands, stories, ideas, and cultural identities. We should regard it as nothing more, nothing less. If only you’d let us.

Faith is Cold As Ice