Conversations with God: (Not a book review)
LOGIN
Sunday, December 4, 2022
Top Posts
What’s Up With the Nazi “Black Sun” Rune Wheel?
Elizabeth Clare Prophet Claimed To Be ‘Clairvoyant’
The Eightfold Path of Denial of Death
Why I Left The Radical Secular Podcast
Miss R*EVOLutionaries: Panel Discussion
Money Is Not A “Shared Fiction”
Beliefs About God Won’t Make You Moral
This Is Not Fine!
Wealth Concentration Leads to Feudalism
Is Something Unclear About What’s Wrong With America?
SUBSCRIBE
Archive

Home Religion Conversations with God: (Not a book review)

Conversations with God: (Not a book review)

It's an automatic "no fkn way!" 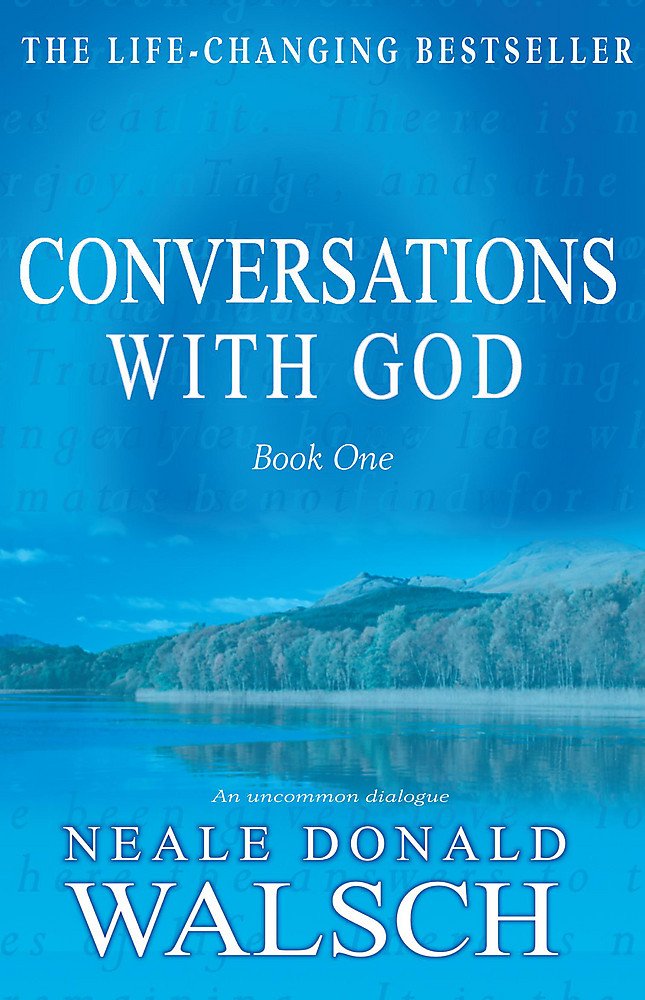 I recently received some reader comments regarding existentialism, under a political story in a place where they would not likely be read. The reader was asking me to comment on a couple of books, one of which was “Conversations with God” by Neale Donald Walsch.So I decided to make a full post out of it. Thanks, Brandon, for the inspiration.

I have not read “Conversations…”, but in checking out the Amazon page, and then wikipedia, I found out that the author claims to have written it via automatic writing. I have a pretty good idea that it included the following concept: we can leave behind the notion of an angry god postulated by organized religion, and instead focus on a loving and supportive god who will always be there to help and guide us.

My view is a little more radical. I think the concept of god itself is outmoded, unnecessary, and even dangerous.

Believing this to the core of your being is an act of courage. It’s definitely an unpopular view. But to me, it is the most life-affirming, positive, self-reliant and hopeful step anyone can take. It is also one of the scariest, because it means taking full responsibility for whatever comes, and knowing no one will be there to save your ass when you get in trouble.

There’s an old philosophical device called “Pascal’s Wager.” It is for the agnostic, who lives in fear of an angry god. He doesn’t want to risk getting to the afterlife and finding he has gotten it wrong. So according to this scheme, he should still act as if there’s a god, avoiding ‘sinful’ acts, doing penance, going to church, living in fear, etc… In this way, he avoids risk of eternal damnation.

Turning this around, I would propose that if there is a loving god, we could hedge in the opposite direction. We could reject the concept of god and all the baggage it entails. We could devote our entire life on earth to enjoyment and self-enrichment. If it turns out there is no god, we will have still lived a full and productive life. If there is in fact a god, and she is loving, she will still be sitting there like an amiable grandmother in her armchair, welcoming us into the afterlife.

It’s a wager we can’t lose. The only way religion ever got to us in the first place was through fear.

Here are just a few reasons why we don’t need the concept of god.

Some will say, well, what does it hurt? If the concept of god can give comfort to some believers, why not let them have their fun? Well, because. Because of the things some people are willing to do in god’s name, for starters. Like killing people, or worse. Because believing in any kind of supreme being opens us all up to being manipulated. Anyone who claims to communicate with that god–be they Neale Donald Walsch, or my own mother Elizabeth Clare Prophet–can muster a ready-made flock of the gullible.

People say that we need god to answer the big questions. We’ll never know the details of how the universe was created, and we’ll never know why we’re here. I say focus instead on what we do know, which is the realm of science.

Others say that science is just another belief system. Wrong. Science is based on evidence. Since there is no evidence that can be brought to bear on these ‘big’ questions, science shouldn’t even set foot into the quagmire. Science does a really good job at one thing: separating the known from the unknown. It doesn’t matter how big or little either realm is. Science lets us draw a line, sometimes fuzzy, sometimes sharp, between the two.

We are the gods of our own lives. It is up to us to add meaning and purpose, by living them to their fullest.

Just Say No to the ‘new age’

I have read “conversations with god” and the book is quite inline with your initial thoughts presented here.

In fact god in the book says that one of the greatest things a human can achieve is to realize he does not need god. Also one of god’s goals is to make us realize that we don’t need him.

Of course all these ideas are much more fleshed out in the book, answering questions like “well why doesn’t he just snap his fingers and make it happen?”

So my recommendation is to read this book, this is one book that you should read before you judge…and as the book says also (paraphrasing), if anything in this book doesn’t make sense to you then disregard it.