Penny Wise, Pound Foolish On Renewable Energy
LOGIN
Sunday, November 27, 2022
Top Posts
What’s Up With the Nazi “Black Sun” Rune Wheel?
The Eightfold Path of Denial of Death
Elizabeth Clare Prophet Claimed To Be ‘Clairvoyant’
Why I Left The Radical Secular Podcast
Miss R*EVOLutionaries: Panel Discussion
Money Is Not A “Shared Fiction”
Beliefs About God Won’t Make You Moral
This Is Not Fine!
Wealth Concentration Leads to Feudalism
Is Something Unclear About What’s Wrong With America?
SUBSCRIBE
Archive 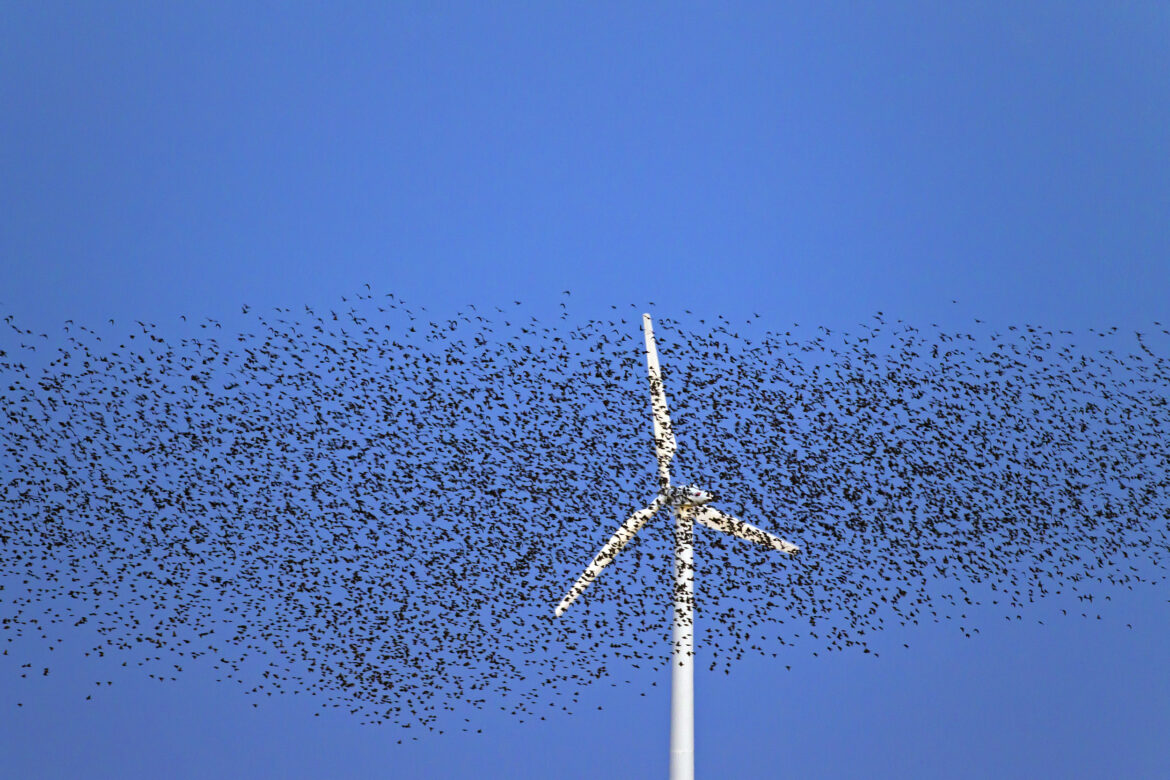 Smart environmentalism is about trying to encourage sustainability, cradle-to-cradle design of products and services, preserving natural capital, and in general making the world a better place to live.

Dumb environmentalism never met a new technology it trusted or liked. It throws up roadblocks to human progress in favor of other species. It makes emotional appeals about the death of nature and promotes all-or-nothing solutions. And it does not engage in effective cost benefit analysis.

The flap over wind farms is one of the worst examples of dumb environmentalism in recent history. There are two different organizations opposing wind farms each for their own different reasons. I submit that both these groups are pushing narrow agendas, masquerading as public interest. Both were written up in a recent article on Wired news.

The Center for Biological Diversity is engaging in a dangerous game. They have already forced a court ordered settlement that will result in the shutting down of half the windmills at Altamont pass for four months out of the year. The pretext for this is the number of bird kills, some of which include protected raptors, that happen over the winter months.

This is pure insanity.

One of the arguments used by Jeff Miller, wildlife advocate at the aforementioned group, is that the wind towers should be moved because they are in areas of heavy bird traffic. Well, that’s not a coincidence. The best locations for wind, are also the favorite spots of birds, since they use the currents to soar. So moving the windmills to areas of lower bird density also makes them less effective.

It may be true that the turbines kill birds. This may be a necessary evil. By shutting them down, how much damage will be done by burning the extra fossil fuels necessary to make up for this lost energy? How long will such court battles delay the expansion of wind power we need to reduce C02 emissions? This is not academic. It is a critical time for wind power, which is now the fastest growing energy source in the world. Where large infrastructure investment is concerned, such challenges could have a chilling effect. Would this group prefer that industry pursue more nuclear power or burn more coal instead?

In reality, this group is engaging in species-ism. That is, they are promoting the so-called interests of non-human species over human.

[I say so-called, because I’m not so sure that, in an evolutionary sense, it is a good thing to remove an external threat from a species. After all, that kind of pressure can lead to an improvement over time (i.e. the birds that don’t run into windmills produce offspring who may have traits that help them avoid windmills).]

Whether or not that’s a good scientific argument, the fact remains that we have an obligation to make life better for humans first, and protect other species second. Of course it’s true that protecting biodiversity is vital to preserving natural capital, which ultimately is vital for humanity. But climate change seems a far greater threat (several orders of magnitude) to both humans and non-humans, than a few bird kills in a limited area.

The Alliance to Protect Nantucket Sound

This group seems to have its political act together. They have done their homework and cost-benefit analysis. Their main problem is that they are seeking to protect the interests of a few wealthy landowners, while attempting to derail a project that could become a worldwide showcase for renewable energy.

It’s way beyond the scope of this journal to comment on each of their objections. But here are a few glaring examples:

These are largely economic arguments, which are specious because they ignore the huge subsidies fossil-fuels enjoy. They are relying on the endless continuation of the “out of sight, out of mind” convenience of fossil-fuels, to allow them to avoid the “nuisance” of a little hardware on the horizon. To sum up, we need to keep our eyes on the big picture of global warming and fossil-fuel depletion, and we should not allow dumb environmentalism to get in the way of the global energy transition.

UPDATE: The situation hasn’t improved over the past 17 years as renewable energy has scaled up to industrial levels across the United States. More and more projects are finding themselves mired in delays and embroiled in lawsuits, over everything from viewsheds to endangered species. Here’s a few of many examples: A large wind farm near Searchlight, Nevada was nixed in 2017 over tortoises, golden eagles, and bats. A lithium mine near Reno, Nevada is being delayed over an endangered flower. And a solar project in Southern California was under threat in 2020, because it could have killed “hundreds” of Joshua Trees. Clearly there are better and worse places to site large renewable energy facilities. But every delay results in more carbon continuing to foul the atmosphere, contributing to both animal and human deaths worldwide. It’s time for environmentalists to recognize the medical concept of triage. –Sean Prophet, 2022

“Would this group prefer that industry pursue more nuclear power or burn more coal instead?”

I agree with your observation of smart and dumb environmentalism, but is it really smart when instead of the superior options we still chose big butt ugly wind turbines covering area’s they don’t belong?.

Because we all know every nuclear power plant is just Chenobyl waiting to happen, awmagawd mushroom cloud amirite??.

Until people take the potential for fusion power seriously and it gets more funding, we already have clean and safe options that can be fit inside the convenience of several power plants rather then in massive wind farms, but modern technology is the devil rite?.

I’m all for fusion power, but it doesn’t work yet. I’m all for safer forms of nuclear power, but we don’t seem to have the political will to deal with the waste. Clean coal is just extending the reach of a dead technology. Wind is the fastest-growing renewable energy source. That’s the political and technological reality today.