The Painful Lesson of Climate Disasters
LOGIN
Thursday, February 2, 2023
Top Posts
Elizabeth Clare Prophet Claimed To Be ‘Clairvoyant’
What’s Up With the Nazi “Black Sun” Rune Wheel?
The Eightfold Path of Denial of Death
Miss R*EVOLutionaries: Panel Discussion
Why I Left The Radical Secular Podcast
Money Is Not A “Shared Fiction”
Beliefs About God Won’t Make You Moral
This Is Not Fine!
The Most Consequential Social Difference Between American Christians And Atheists
Is Something Unclear About What’s Wrong With America?
SUBSCRIBE
Archive 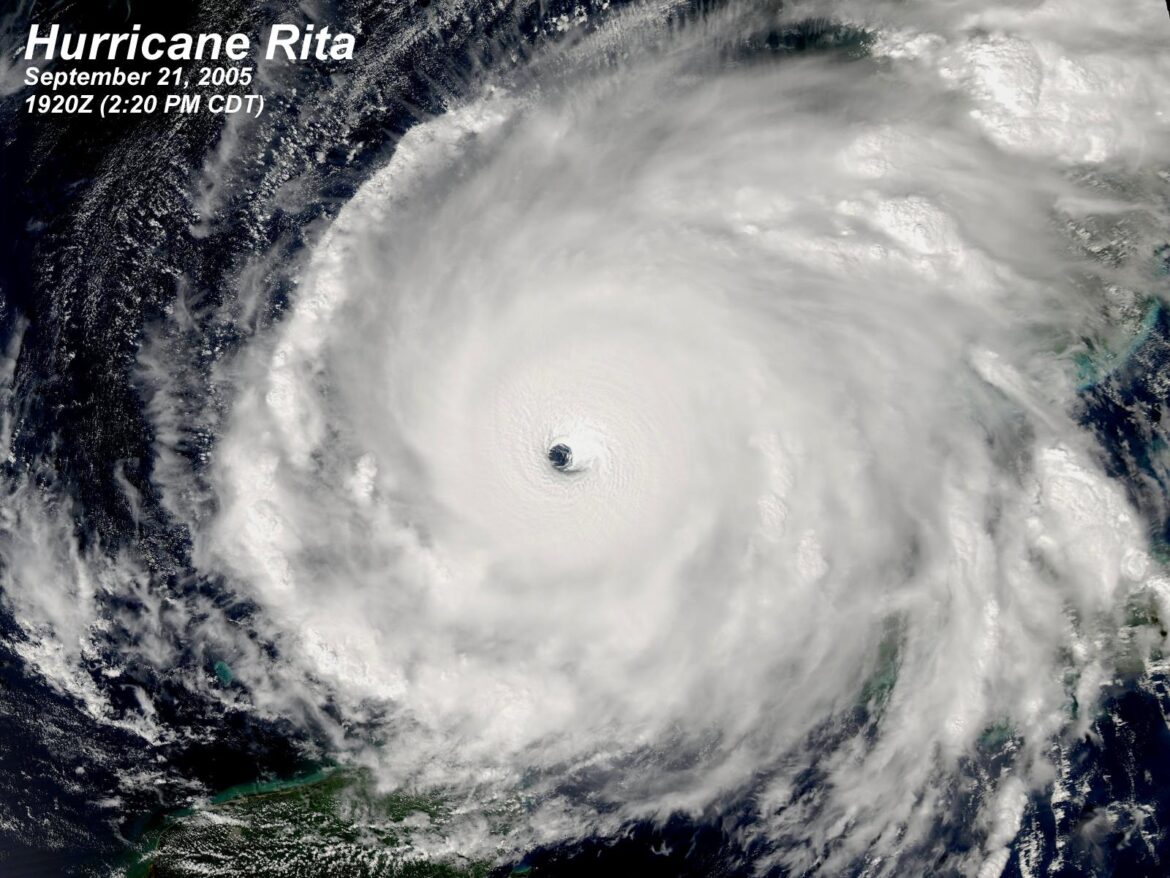 Epic storm Rita has not even played out, and already observers are predicting an even worse impact on oil production than little sister Katrina.We can only hope the good people of Texas will be spared a cataclysm this time.

Whatever happens, cities and oil rigs are already preparing for the worst. Alert emergency teams are out in force, and we will probably escape the level of human tragedy and ineptitude seen earlier this month.

But we should take a pause and realize that we have set ourselves up for these unfolding disasters:

What we don’t need is yet another hurricane of federal money subsidizing rebuilding in harm’s way. Even if it were possible to protect the Gulf coast against future Category 5 storms, we have not taken into account rising sea levels due to global warming. This is not an abstract threat. Two cascades of positive-reinforcing feedback are driving increased global warming, and may be unstoppable. Until science determines the scope of the problem, it is INSANE to move ahead as if we will be able to occupy coastal areas as normal.

The two mechanisms are as follows:

We need to learn the lesson now, and stop thinking we can defy the laws of nature. Our national credit card is nearly maxed out. Let’s not spend the rest rebuilding in flood zones and burning through the oil that’s left. Let’s take all the money we can and spend it on renewable energy and relocating people in sensible places.

Oh yeah. That would require that we had a president who actually believed in science.

Note: Here we are 17 years later, still running around in the same loops of climate denialism–with some people still spinning the execrable line “the climate is always changing, and there’s nothing we can do about nature but adapt.” As I write this update, Lake Powell in the Southwestern US is approaching deadpool, and rivers in Europe are dropping below navigable levels, threatening to paralyze Europe’s economy. Within the past few days, the US Congress finally passed the “Inflation Reduction Act” which contains $369 billion in climate-related spending. But we’ve had since 1987, when James Hansen first tipped off the U.S. Congress to the climate threat posed by CO2 emissions, to act. Folks, that was 35 years go. Katrina and Rita marked a halfway point between Hansen’s warning and the present. –Sean Prophet, August 2022