Katrina and the Woeful State of U.S. Civil Defense
LOGIN
Sunday, November 27, 2022
Top Posts
What’s Up With the Nazi “Black Sun” Rune Wheel?
The Eightfold Path of Denial of Death
Elizabeth Clare Prophet Claimed To Be ‘Clairvoyant’
Why I Left The Radical Secular Podcast
Miss R*EVOLutionaries: Panel Discussion
Money Is Not A “Shared Fiction”
Beliefs About God Won’t Make You Moral
This Is Not Fine!
Wealth Concentration Leads to Feudalism
Is Something Unclear About What’s Wrong With America?
SUBSCRIBE
Archive 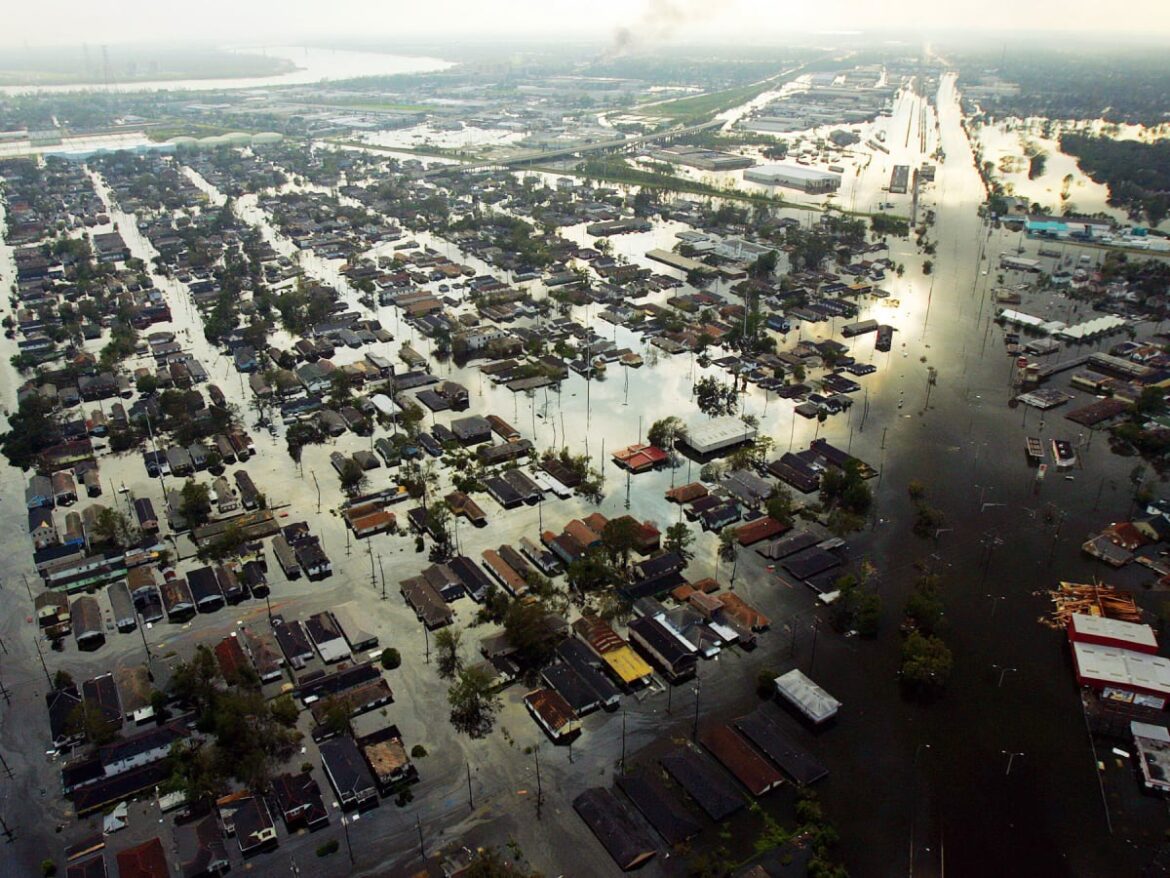 The finger pointing and blaming over the Katrina disaster are only just beginning. But we should look beyond the specifics of New Orleans and face our unwillingness as a nation to confront problems we do not consider imminent.

Here are a few problems for which we are woefully unprepared:

As I write this, the U.S. Army Corps of Engineers is solving one problem while creating another worse one: They are pumping the toxic brew that now covers New Orleans back into the ocean and Lake Pontchartrain. Experts say even skin contact with the water is dangerous for humans. And this putrid bilge (which will take up to 3 months to drain) is expected to kill aquatic life over a wide area. An environmental disaster is in the making, as the government plunges ahead with its “cleanup.” WHAT”S THE RUSH? Is it really important to prove the obvious–that submerged buildings are ruined and probably contain many corpses? The entire city has become a toxic waste site. In normal times it would have been cordoned and sequestered by the EPA. Why not remediate the water in situ, or build treatment plants to filter it while pumping. If it takes a little longer, so what? Everyone’s evacuated in any case, and what’s important is that this vital port area and city have a functioning ecology in the future.

A final note: FEMA is now on record as banning any photos of deceased from being published. This has two results:

Note: I’ve discussed the woeful state of US Civil Defense since the 1980s. We simply, individually and collectively, don’t plan for unforeseen events, or more importantly events we don’t want to face. Note that I discussed here a 25% drop in housing prices. Barely 3 years later, housing prices had collapsed more than 20% in the great recession of 2008, with some markets dropping 35% or more. And now we’re woefully unprepared for climate-driven disasters which threaten to be worse than anything we’ve experienced. This could lead to an even bigger financial crash, and even perhaps severe famines in parts of the world. We’re not ready for what’s coming. –Sean Prophet, August 2022