van Gogh Killer “Would do it Again”
LOGIN
Sunday, December 4, 2022
Top Posts
What’s Up With the Nazi “Black Sun” Rune Wheel?
Elizabeth Clare Prophet Claimed To Be ‘Clairvoyant’
The Eightfold Path of Denial of Death
Why I Left The Radical Secular Podcast
Miss R*EVOLutionaries: Panel Discussion
Money Is Not A “Shared Fiction”
Beliefs About God Won’t Make You Moral
This Is Not Fine!
Wealth Concentration Leads to Feudalism
Is Something Unclear About What’s Wrong With America?
SUBSCRIBE
Archive

van Gogh Killer “Would do it Again” 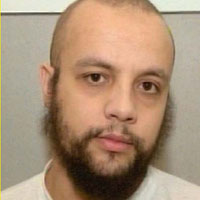 (AFP) The man accused of killing Dutch filmmaker Theo van Gogh confessed to a Dutch court that he acted out of his religious beliefs, saying he would do “exactly the same” if he were ever set free.

“I take complete responsibility for my actions. I acted purely in the name of my religion,” 27-year-old Dutch-Moroccan national Mohammed Bouyeri told the court in Amsterdam on the final day of his trial.

Prosecutor Frits van Straelen demanded a life sentence for Bouyeri for killing Van Gogh on an Amsterdam street on November 2, 2004. He recalled the particular brutality of the murder in broad daylight saying Bouyeri not only shot Van Gogh 15 times but also stabbed him and finally slit his throat.

According to the prosecutor the murder of Van Gogh, an outspoken columnist who often criticised Islam and the multi-cultural society, deeply shocked Dutch society.

The killing — which happened in plain view of more than 50 witnesses while the filmmaker was cycling to work — stoked ethnic tensions and sparked a wave of reprisal attacks primarily directed at the Muslim community here.

In addition to a life sentence, the prosecution also demanded that Bouyeri be stripped of his right to vote or stand for election for the rest of his life, “to literally place him outside of our democracy”.

After the prosecution’s closing statement Bouyeri, who had refused to say anything about his motives during the trial, took the opportunity to make a final statement.

He said he felt an obligation to Van Gogh’s mother Anneke, present in court, to speak, but offered no sympathy.

“I have to admit I do not feel for you, I do not feel your pain, I cannot — I don’t know what it is like to lose a child,” he said as Van Gogh’s family and friends looked on.

“I cannot feel for you … because I believe you are an infidel,” he added.

“I acted out of conviction — not because I hated your son.”

Van Gogh’s mother listened quietly as Bouyeri, wearing a Palestinian black and white headscarf, spoke with a hint of admiration for her son.

“I cannot accuse your son of hypocrisy because he was not a hypocrite. He said things out of conviction,” Bouyeri said of Van Gogh.

Bouyeri told the prosecutor that he concurred with the charges against him and the demand for a life sentence — a sentence which holds no possibility of parole in the Netherlands.

Several months before he was killed Van Gogh, a distant relative of 19th-century painter Vincent van Gogh, had directed a short film called “Submission”, which linked abuse of women to Islam.

A letter was left on his body that included quotations from the Koran and threats to several Dutch politicians, including Somali-born lawmaker Ayaan Hirsi Ali, who wrote the script for “Submission”.

Bouyeri was arrested after a shoot-out with the police as he attempted to flee the murder scene.

He is charged with the premeditated murder of Van Gogh, the attempted murder of several police officers and bystanders, illegal possession of firearms, obstructing the work of Hirsi Ali as a member of parliament and threatening her with a terrorist act.

Hirsi Ali spent two months in hiding after the murder and is now under 24-hour protection.

Even though prosecutors have said that Bouyeri was “a leading figure” in a terrorist organization known as the Hofstad group, he has not yet been charged in that connection because of lack of evidence, Van Straelen said.

The Amsterdam court will hand down a verdict in the case on July 26, the three-judge panel said after the trial ended here Tuesday.

Islamic Leaders Must Be Held Responsible

It's so painful, when you see your religion misunderstood by the most of its representers, therefore the majority of the whole world…