A New (Not Phantom) Menace
LOGIN
Monday, December 5, 2022
Top Posts
What’s Up With the Nazi “Black Sun” Rune Wheel?
Elizabeth Clare Prophet Claimed To Be ‘Clairvoyant’
The Eightfold Path of Denial of Death
Why I Left The Radical Secular Podcast
Miss R*EVOLutionaries: Panel Discussion
Money Is Not A “Shared Fiction”
Beliefs About God Won’t Make You Moral
This Is Not Fine!
Wealth Concentration Leads to Feudalism
Is Something Unclear About What’s Wrong With America?
SUBSCRIBE
Archive 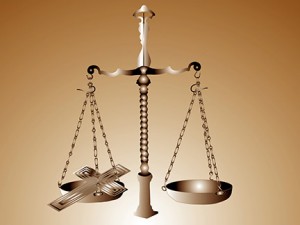 This week, NPR has been highlighting a new legal menace, threatening civil liberties and progress across America. It’s the Alliance Defense Fund.

Founded in 1993, in opposition to so-called “activist judges,” and organizations such as the ACLU, the Alliance Defense Fund is making inroads against cherished freedoms (giving pro-bono legal support to pharmacists who refuse to fill contraceptive prescriptions, for example) that haven’t been seriously questioned since the 1960’s. They’ve also been involved in suing states and counties who’ve issued gay-marriage licenses. In other words, they’re trying to turn back the clock at least 40 years.

They have also taken on such issues as the teaching of evolution and safe-sex in the schools, suing school districts, and backing fanatical parents who want their kids to be taught biblical creationism–or it’s modern variant “Creationism 2.0” or so-called Intelligent Design theory. Who, in their wildest nightmares, could have foreseen essentially a repeat of the “Scopes Monkey Trial” in 2005. Is this even America??

On the NPR story, a heavily southern-accented man talked about the “heathens and homa-sek-shuls” pushing their agenda in the schools. Many Christian attorneys are contributing as much as 450 pro-bono hours per year to these causes. And they have been winning many of their cases. The legal maneuvers may ultimately fail, but the publicity they are generating is bound to have a chilling effect on schools and secular parents and children everywhere. It seems the “fundies” are determined to hector the schools so much, that they will eventually be afraid to teach evolution or safe sex at all.

The ACLU needs our help now more than ever.

Note: For decades, liberals have failed to mount an effective defense against extremist Christian legal and lobbying organizations. Alliance Defense Fund is now called Alliance Defending Freedom, and along with the American Legislative Exchange Council and the Federalist Society, it has been extremely instrumental in rolling back progress. The loss of Roe v. Wade, and countless other anti-secular legal rulings can be traced to these groups. We saw them coming, and failed to act decisively. –Sean Prophet, August 2022