Bush Win Leads to Liberal Despair
LOGIN
Sunday, December 4, 2022
Top Posts
What’s Up With the Nazi “Black Sun” Rune Wheel?
Elizabeth Clare Prophet Claimed To Be ‘Clairvoyant’
The Eightfold Path of Denial of Death
Why I Left The Radical Secular Podcast
Miss R*EVOLutionaries: Panel Discussion
Money Is Not A “Shared Fiction”
Beliefs About God Won’t Make You Moral
This Is Not Fine!
Wealth Concentration Leads to Feudalism
Is Something Unclear About What’s Wrong With America?
SUBSCRIBE
Archive 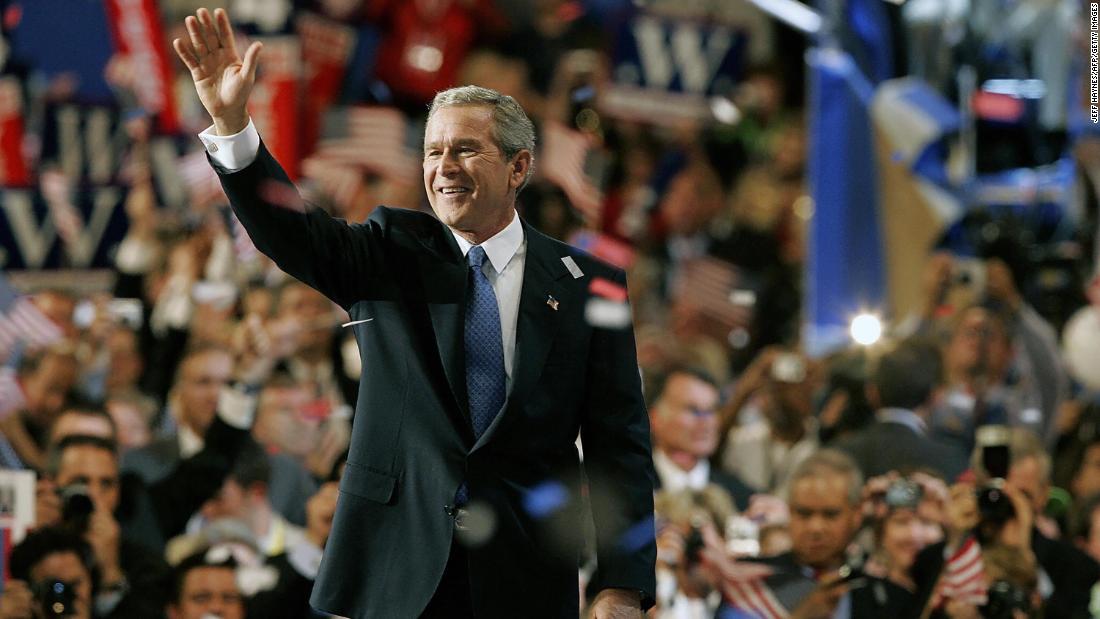 The following is a letter I received after Bush’s election win:

I woke up on Wednesday ashamed to be American. We could not believe that the politics of fear, of simple-minded platitudes and of right-wing radicalism won Tuesday. We could not believe that an administration that calls the “rich and the very rich” their base, that lied to the American people, with a figurehead that is actually proud to be a “War President” could win the popular vote. Forget what the talking heads say, forget the cozy words about “healing” coming out of both parties. Now is the time to rip this country apart, and remake it. We can not allow any compromise–not in the erosion of our civil liberties, not in the constitution of our courts, not in the furthering of big business (and especially big oil) interests and certainly not in the waging of indiscriminate wars to generate more fear, and more cool flight suit opportunities for a President that was at best a coward and at worst a deserter. We need to define what it really means to be “liberal” – to fight for hope, for inclusion, for separation of church and state, for responsible global citizenship and perhaps most important – respect for all people and ideas. So let’s not complain, let’s act. Let’s fight. Let’s beat back the axis of evil right here in our own country. What can we do? Well to start, ____ and I joined the ACLU and Moveonpac.org. The fight for 2008 starts today. We can’t afford to wait four years. Or we will wake up to a country none of us will want to live in. Take a step today–you’ll feel better.

The real enemy here is religious belief. Without the mobilization of millions of religious voters, Bush never would have won. Also, all the “get out the vote” efforts garnered just as many votes for Bush as Kerry.

As Bill Clinton said, I think it’s time for the Democrats to stop whining and refine their message. I believe there is a clear need for U.S. action in the world. It’s not good enough to demand multilateralism and leave it at that. America is unfortunately the only force powerful enough to combat global terrorism–and we are in fact in the middle of a war. The idea that Bush lied or posed on an aircraft carrier cannot be used as a mechanism of denial of the real dangers we face. We spend $4 billion on drug interdiction and eradication and only $100 million to protect our ports from WMD’s. This has to change.

If our cities are devastated by terrorists, all the civil liberties in the world won’t help us. And I’m not for endless tolerance of all points of view or people who hold them. Religious fanaticism is like racism. It does not deserve protection. Read “The End of Faith” by Sam Harris.

I cannot sit back as a liberal idealist when the world we live in is defined by power and its application by shrewd and cynical ideologues. We need leadership grounded in reason, not faith. And we need leadership not afraid to acknowledge the morally ambiguous and thorny path we follow as we live atop an empire that both creates and solves many of the world’s problems. (We consume and pollute disproportionately, but we also contribute vastly to world technical progress).

We should not be surprised at the corruption of power. Of course Cheney is going to give contracts to the company he chaired for 5 years. Of course Republicans are going to attempt to manipulate voting procedures. At least we don’t have purges and secret police. Let’s keep things in some kind of historical perspective. Change will require some marshalling of power and some “dirty fighting” to beat Republicans at their own game. Democrats need some muscle behind them. If they don’t have it, the question is why?

I am and always will be proud to live in this country. I did not vote for Bush, but like it or not, he was elected. I support the process. The people who voted for Bush had a right to do so. I’d like to see better protections for minority viewpoints and civil liberties to be sure. But the largest problem is faith. I’m encouraged that in the last 25 years, the percentage of Americans who declare themselves atheists has risen from a few percent to 15%. When that number gets closer to 50%, we’ll begin to see things improve.

I’m sorry I don’t agree that Moveon.org is the best way to confront this issue. Their tactics did not win Kerry the presidency. They are too focused on what should be rather than what is. I’m waiting for the Democrats to devise a more realistic strategy and field a candidate who, unlike John Kerry, can come out swinging while at the same time avoiding the shrill rhetoric of a Howard Dean.

So We Torture Prisoners Now?