9/11: TV Review
LOGIN
Sunday, December 4, 2022
Top Posts
What’s Up With the Nazi “Black Sun” Rune Wheel?
Elizabeth Clare Prophet Claimed To Be ‘Clairvoyant’
The Eightfold Path of Denial of Death
Why I Left The Radical Secular Podcast
Miss R*EVOLutionaries: Panel Discussion
Money Is Not A “Shared Fiction”
Beliefs About God Won’t Make You Moral
This Is Not Fine!
Wealth Concentration Leads to Feudalism
Is Something Unclear About What’s Wrong With America?
SUBSCRIBE
Archive 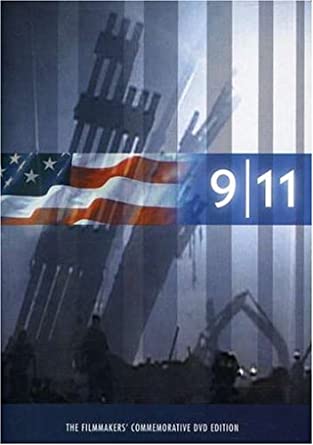 Anyone who calls themselves a journalist should not have to be reminded about those terrible two words: “prior restraint.” The worst form of censorship, prior restraint, dates back to a time before 1695 in England when all printers were licensed and publications had to be authorized by the government.

In February, 2002, CBS announced that it planned to air a two-hour documentary about 9/11. There were immediate outcries from families of victims and various other quarters objecting to graphic imagery of the tragedy being shown. They wanted to exercise prior restraint, and began to exert public pressure on the network. Of course no one had yet seen the film. But in the March issue of BSJ (Views on the News), I objected to the principle of censoring ANYTHING from the history of that day, since this was a collective tragedy that we all had a right to experience in its raw form. Later, CBS released a statement that no graphic footage was included in the film, because the filmmakers Jules and Gedeon Naudet had deliberately turned their cameras away from carnage.

I went further in my statement, saying that it was wrong of the Naudet brothers to fail to fully document an event of such historical import, comparing it to Pearl Harbor. What I didn’t fully grasp, having not seen the film, was the chaotic and traumatic nature of their odyssey that day. Like all good cameramen, they kept looking through their cameras, letting the camera be the eye through which they experienced the event. Rather than making a conscious decision to turn their cameras away, they simply averted their eyes from disturbing scenes.

After having watched this film (along with an estimated 43 million others in the U.S.), it is hard to find fault with any aspect of it. It was gripping, shocking, and gave me a new perspective of the incredible confusion and disbelief experienced by those at the scene. It reminded me of what I experienced in the 1994 Northridge earthquake, when people across the country knew more than I did about what was going on in L.A.. With power off and no television, I didn’t have the benefit of seeing the devastation, and learned of some things (like freeway collapses) from phone calls from out-of-town relatives. In a similar manner, those experiencing the events at WTC ground zero (even those in the lobby of tower 1 who were unaware of the collapse of tower 2) didn’t have the CNN perspective. They were just doing their best under frighteningly chaotic circumstances.

In a way, watching this film was like watching the Titanic. Since the outcome was known, it made it that much more nerve-wracking to watch some firefighters casually standing in the lobby of Tower 1. We the audience knew it was about to come down. But those in the film (including the cameraman) had no idea that they were racing the clock to save their lives.

Now to the graphic material. Oddly, as has been widely reported, the only graphic carnage seen in the film was actually not seen but heard! It was the sound of bodies crashing to the ground from 1000 feet above. This sound was SO loud, it was almost like a car crashing in the background. Each time it happened, you could see the firemen react with a visible startle.

[I wondered why the sound was so loud. You would expect a dull thud. The sick physicist in me calculates that from a height of 300 meters, ignoring air resistance, the fall would take around 8 seconds, reaching a speed of 76 meters/sec. A 90kg body coming to rest in a tenth of a second would result in a force of nearly 7000 Newtons–roughly equivalent to a small automobile hitting a brick wall at 20-30 mph.]

The sound was truly terrifying, not something that most of us have ever been acquainted with. It drove home to me the desperation of the moment–not just on the part of those jumping, but the firefighters grasping that they were really quite powerless in the face of such a massive violation of the laws of structural physics.

So the firefighters reacted in the only way they knew how: they went bravely in the face of incredible danger, and probably saved 10,000 or more lives by getting people out in an organized manner.

The filmmakers really happened upon this story–their original purpose was to document the progression of a rookie to full-fledged firefighter. By the end of the story, the rookie had gone through his rite of passage in a way he never could have imagined. And the film ended in a way it’s creators never could have planned. This film held to its original purpose: the first half hour was devoted to scenes of the rookie getting acquainted, and waiting for something significant to happen. In the meantime, we were treated to lots moments of everyday life at the firehouse, male-bonding, cooking, etc. This added important emotional structure to the piece, because we truly care about these men by the time the credits roll. Miraculously, their firehouse escaped virtually unscathed. Not so for the 300 other firefighters whose pictures comprised a very moving montage at the close of the film. Against the backdrop of “Danny Boy” it would have been hard not to have shed a tear at these images.

But in the end, the men who lost their lives were just men. Most had no clue they were going to their deaths. They just did their jobs and probably had less than a few seconds to contemplate their fates.

I applaud CBS for one thing: Introducing the words “fuck” and “motherfucker” to prime-time air!! Part of what makes the sacrifice of the lives of the firefighters so poignant is that they were just like the rest of us. And their everyday language was in perfect rough New Yorker form. One cop snapped at one of the cameramen “you can take your papers and your camera, and get outta here–this ain’t fuckin’ Disneyland!” These real moments, and the firefighters expressing their genuine shock at the events unfolding could not have been edited out. I would argue that the language used expressed the ESSENCE of what took place. To “bleep” or censor these words would have terribly disrespected these fallen heroes.

Maybe the occasion of airing the word “fuck” and its derivatives at the scene of a national tragedy will help people realize the absurdity of continuing to consider vulgar a word that is in such common usage. This occasion, and CBS decision, might just be the watershed of American sensibilities catching up to the realities of modern life.

It’s the U.S. Against the World on Climate