Six Degrees of Inner Turbulence
LOGIN
Monday, December 5, 2022
Top Posts
What’s Up With the Nazi “Black Sun” Rune Wheel?
Elizabeth Clare Prophet Claimed To Be ‘Clairvoyant’
The Eightfold Path of Denial of Death
Why I Left The Radical Secular Podcast
Miss R*EVOLutionaries: Panel Discussion
Money Is Not A “Shared Fiction”
Beliefs About God Won’t Make You Moral
This Is Not Fine!
Wealth Concentration Leads to Feudalism
Is Something Unclear About What’s Wrong With America?
SUBSCRIBE
Archive 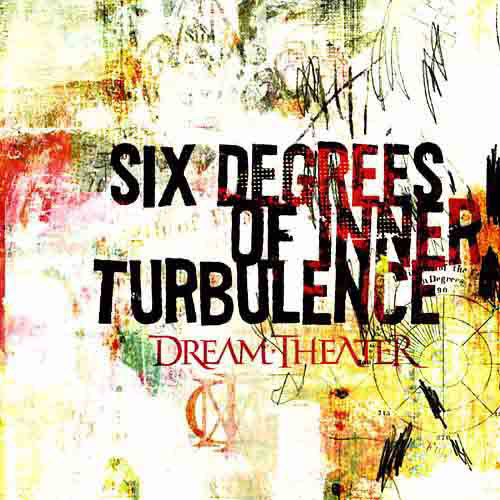 Progressive rock has always been pigeonholed by critics and masses alike as having belonged to another time. It’s been called art-rock, album rock, even lumped into that catch-all dismissal: “dinosaur rock.” One thing is for sure, most people either love it or hate it. Prog rock came of age in the 1970’s with groups like Yes, Jethro Tull, Emerson, Lake & Palmer, Rush, Pink Floyd,–and hundreds of other groups such as Gong, Procol Harum, Gentle Giant, Camel, etc. The main feature of these groups was the ability to blend musical styles, playing in odd keys and time signatures. They often filled the entire side of an album (or more) with one song. These albums usually had a concept or theme that required extended listening (preferably on headphones, while ingesting mind-altering substances). To those not so inclined, the slowly-evolving prolonged jams and soundscapes of prog with their incomprehensible lyrics seemed at best self-indulgent and at worst annoying.

Mostly, those annoyed by progressive rock are not musicians. Because progressive rockers are, on the whole, better musicians than the rest of the popular genre. Only jazz and classical are on a par with the best of prog when it comes to musicianship. And it could be argued that since prog contains elements of both that prog musicians are better players. To fulfill the ambitious vision of a prog concept album, they have to be able to do it all. If the great classical composers were alive today, chances are good the music they would be writing would fall into the category of progressive rock.

On to the reviews of Dream Theater’s six studio albums! (the complete Dream Theater story, which began in Boston’s Berklee School of Music can be found on their website)

Dream Theater burst onto the scene in their current lineup (minus keyboardist Jordan Rudess) in 1992 with the release of “Images and Words.” Although musically a phenomenal album, it was unclear from this early effort what musical direction they would take. Drummer Mike Portnoy was a standout from the beginning, and dominated most of the tracks with his heavy-metal drumming style, but the second track was a sax-laden ballad. It seemed to me that it was important for them to establish their credentials and range, that they were not just another metal band. This they did on Images and Words, also beginning their tradition of incorporating soundbites and clips from films and TV into their work.

“Awake” released in 1994, was more of a metal album–plenty of double kick and heavy guitars–but never fails to deliver melodies, spaces, and the soaring operatic vocals of James LaBrie that have become DT’s trademark. Awake was actually the first DT album that I ever heard. After the first track, “…Six O’Clock on Christmas morning…Six O’Clock….” I was hooked!

A Change of Seasons

“A Change of Seasons” was released in 1995. It was odd in that it combined the release of DT’s first “concept” album with several cover tunes. But the beauty and complexity of this genuine prog effort more than made up for the filler material. At 23 minutes, A Change of Seasons runs the gamut from wailing Hammond organ a la early Jethro Tull to full heavy metal onslaught reminiscent of Metallica. John Petrucci always delivers virtuoso lead guitar performances, which when deconstructed, could often have been lifted from Bach etudes. The theme of A Change of Seasons is the fleeting nature of life, and the famous “Carpe Diem” quote from “Dead Poet’s Society” plays a central role in the unfolding drama.

“Falling Into Infinity” was released in 1997, with new keyboardist Derek Sherinian lending great support to Petrucci with lots of guitar-esque keyboard textures. This was welcome, because as with all 5-piece bands with keyboards and a singer who doesn’t play, the guitar player had to do double duty with lead and rhythm. (As with Yes, making the keyboard slot that much more important.) Leading off with an Alan-Parsons-like synth groove on “New Millenium”, “Falling” is not a concept album per se, but contains a central thread of songs about the dark side of human relationships. “Peruvian Skies” tackles child abuse in an appropriately angry manner. “Hollow Years” is about marital frustration, “Take Away my Pain” the loss of a father, then “Anna Lee”, a ballad, also about child abuse. Bassist John Myung, who plays a six string bass, and sometimes the Chapman Stick, wrote the standout track “Trial of Tears” about regret, the need to look within and ultimately letting go. “Burning my Soul” describes a power-imbalanced relationship, “Just Let me Breathe” discusses our collective relationship with the masters of pop-culture who spoon feed us packaged musical drivel. The most memorable line on the album comes from that track: “The big machines will take care of you, until the passion fades, and the checks go through.”

Metropolis 2000: Scenes From a Memory

Now…on to the big daddy of DT concept albums: “Metropolis 2000: Scenes from a Memory” arguably DT’s best work to date. At 78 minutes, “Scenes” delves into a past-life regression, involving a love-triangle and murder. It is less a piece of music than a movie. In fact, the DVD version contains about half a movie in the form of rear-projected scenes of the past life. (I saw this performed live–twice! Outstanding!) But that doesn’t in any way reduce the musicianship on the piece. Imagine if you will, all the musical elements I’ve mentioned from the previous albums: then add Jordan Rudess, a keyboardist who can shred Rachmaninoff in his sleep, but might just flip into ragtime if you’re not careful. Metropolis 2000 started out as a single 10-minute track on “Images and Words.” Thankfully, DT decided it needed to be fleshed out. This album just can’t be described adequately. It’s prog-metal-concept heaven.

Not content with nearly the longest concept album in history (rivalled only by Yes’ “Tales From Topographic Oceans”), Dream Theater followed up with their current release–big Mike Portnoy drum roll please–“Six Degrees of Inner Turbulence.” A DOUBLE CD, with the first disc being five tracks averaging 12 minutes each, and the second being a 42-minute epic. Musically, the tracks are adequate in the Dream Theater style. I only use the word adequate because DT has set the bar so high. It would be hard to break new musical ground after Metropolis 2000, and I don’t think that anyone familiar with DT would argue that SDIT does. Yes, there are a few new textures, and the one musical genre hitherto ignored by DT–hip-hop–gets a nod on the first cut with some turntable scratching. (I’m not referring to the record white noise which opens the track–that’s a reference to the ending of M2000.)

Where SDIT stands out is in its lyrical content. It’s nothing if not controversial. I’ve always suspected DT of having strong Christian influences. Their early albums, especially “Awake” had themes of temptation, redemption, and the like. Normally this would have put me off, but their music transcended their dogma, so to speak. Then, with the release of M2000, with its past-life references, and more new-age sensibilities, I thought I’d heard the last of the fundamentalism. Sadly, SDIT proves me wrong. The album opens with a song by Portnoy called “The Glass Prison”. This metaphor could have many meanings, but with quotes from the “Serenity Prayer,” it’s pretty clear (no pun intended) that the glass prison is a liquor bottle. When it comes down to it, there are two schools of thought regarding life:

1) we go it alone (essentially we are god in our own lives, and spiritual contact is energetic and impersonal)

2) we can’t make it without personal divine assistance and intervention.

I obviously believe in number 1, Dream Theater, along with AA, NA, and other 12-step groups, is squarely in the second camp.

“Blind Faith” by LaBrie, is about the faith society has placed in success, wealth and the status quo. It rails against inequities, insensitivities, divisions between haves and have-nots. An old story, a problem that’s easy to complain about, but hard to solve. To quote the Christian hero himself “the poor ye will have with you always.”

“Misunderstood” by Petrucci, explores alienation and isolation, and the paradox that we can feel alone in a world of six billion. How can we? One of the most painful questions of existence, in my opinion. Set against a haunting backdrop with cello and even mellotron at one point, a powerful piece. Kudos on this one.

Philosophical differences continue: Track 4, “The Great Debate” by Petrucci is a supposedly balanced treatment of the issue of stem-cell research. Not. This is a subject for another article. But “The Great Debate” is probably the best musical track on the album. This would stand to reason–DT being passionate about a subject–that they would put their best musical effort behind it.

“Disappear” is a song about acceptance of death and letting go. It ends with the words: “Let him come take you home.” What LaBrie meant here is unclear, since he did not use the biblical capital “Him.” A solid and beautiful track.

The self-titled “Six Degrees of Inner Turbulence” spans the entire second disc. The overture is part homage to historical prog, and part John Williams film soundtrack, complete with harp glissandos, and soaring string passages. The entire piece is an exploration of insanity, and how we as society treat the insane–or seemingly insane–a worthy topic. The second cut starts with the optimistic bright solo piano work of Jordan Rudess. The vocals descibe a woman’s battle with and victory over depression. Cut 3 begins with a pounding double-kick section backed by ominous dissonant chords. Lyrics describe a Vietnam-style war as a metaphor for inner struggle. Cut 6 has a keyboard passage that is strikingly reminiscent of the solo from “The Preacher/The Teacher” section in Yes’ “And You and I” Overall, the second disc holds together well, if sometimes drifting into sentimentality.

One cannot help being impressed with the prolific nature of this band. Each of these six pieces on SDIT is equivalent to a mini-symphony. To write, record, and perform this music is a stunning achievement, if that were all these geniuses were doing. But never content being ordinary, members of Dream Theater have since 1992 simultaneously, collectively produced over a dozen side project albums, while at the same time touring constantly, and giving musicians’ clinics all over the world. Whatever my issues with lyrics or philosophy, I respect Dream Theater as one of the most (if not THE most) outstanding musical groups in the world today.

Are you a fan of Coheed and Cambria or The Mars Volta? Some of the best prog-rock being made today!

I like The Mars Volta, haven’t heard the others. Also nearly forgot about this post. Takes me back.

Have been more disappointed in DT lately. Saw them last year at Universal.(Gibson) Amphitheater. They seem to be going more and more hard-core Christian. Systematic Chaos was one big battle between God and the Devil.

During the concert, they kept flashing words on the screen:

Gawd. Music was as good as ever, though. But the crowd was 70% fundie as far as I could tell. Totally different than at DT’s older shows.