Why The Trade Center Must Be Rebuilt
LOGIN
Sunday, December 4, 2022
Top Posts
What’s Up With the Nazi “Black Sun” Rune Wheel?
Elizabeth Clare Prophet Claimed To Be ‘Clairvoyant’
The Eightfold Path of Denial of Death
Why I Left The Radical Secular Podcast
Miss R*EVOLutionaries: Panel Discussion
Money Is Not A “Shared Fiction”
Beliefs About God Won’t Make You Moral
This Is Not Fine!
Wealth Concentration Leads to Feudalism
Is Something Unclear About What’s Wrong With America?
SUBSCRIBE
Archive

Home Current Events Why The Trade Center Must Be Rebuilt

Why The Trade Center Must Be Rebuilt 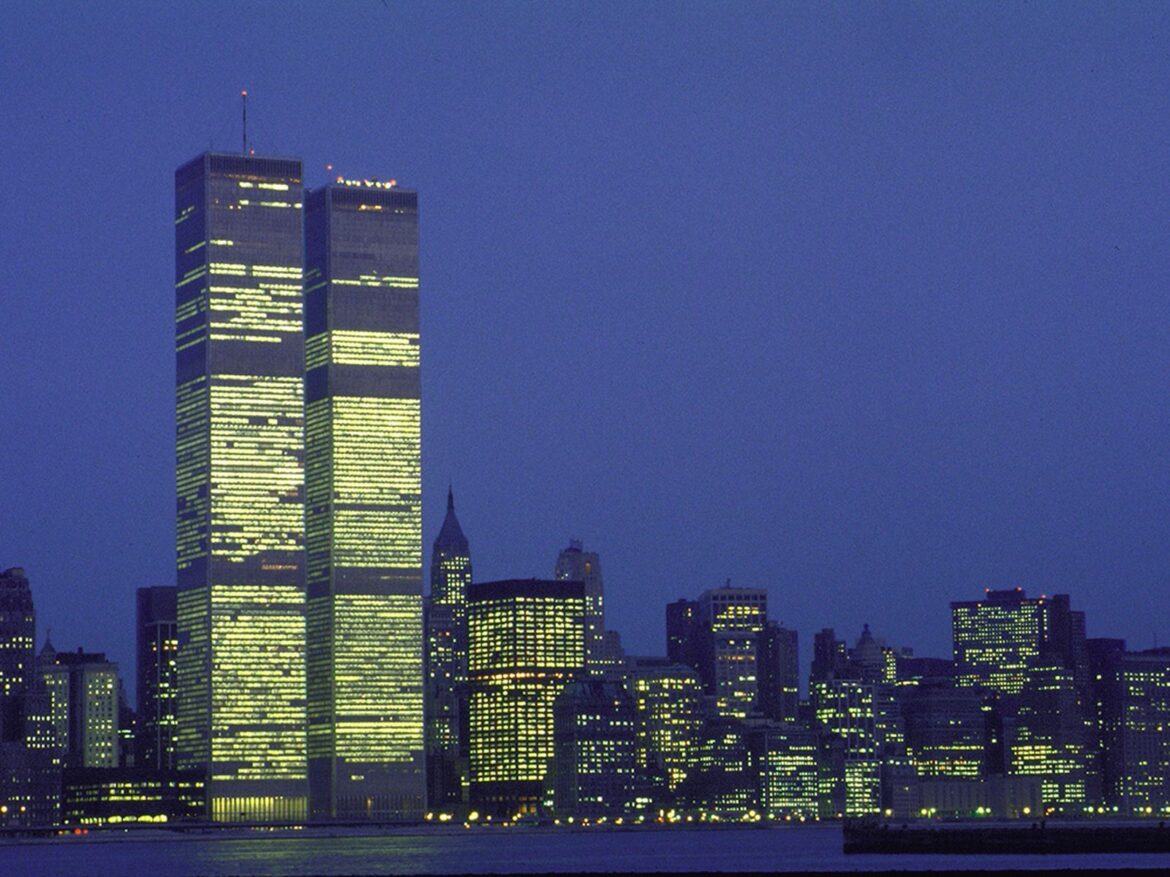 Some have suggested that a memorial park be built on the sixteen-acre site of the former World Trade Center. This has been done at other sites of extreme violence, such as the Hiroshima memorial peace park, and the former site of the Alfred P. Murrah federal building in Oklahoma City. The motivation for these parks is admirable, a desire to honor the dead, and not to dishonor what had been essentially a mass grave.

It’s important to acknowledge our devastating losses. We have to imagine, however, what those killed would say, were they here to speak for themselves. Most were ordinary people, pursuing careers and dreams like the rest of us. They never knew they would become martyrs, never knew that their lives would be sacrificed as payment in blood for our way of life. The majority of them also quietly and in a myriad of ways relished their participation at the height of our civilization. They chose New York City, or maybe it chose them. The businesses who located at 1 and 2 World Trade did so because of the prestige and power it conferred. The firm Cantor Fitzgerald, for example, at the top of 1 World Trade, reportedly housed a huge collection of original Rodin sculptures that, along with ALL its employees at the top of that tower, have now become dust.

The population of the towers was 25,000 to 50,000 the size of a small city. Let’s stop to think for a minute if somehow a rural American town were to (god forbid) be leveled (by a UFO, hypothetically). Every structure completely destroyed and the surrounding land blackened. Then let’s say that all but 6,500 of the town’s inhabitants were alive. It’s very obvious that the remaining people, though grief stricken, would want to rebuild their town. They would not just drift away, leaving scorched earth, or for the land to be returned to farming and ranching. Every town has a soul and the soul cries out to be restored.

Warsaw, Poland, had its landmarks systematically destroyed by the Nazis during WWII. After the war, the landmarks were carefully rebuilt. The Polish recognized that a city IS its landmarks.

As far as the towers are concerned, they were not just landmarks, they were a vital part of the daily functioning of the entire country. Each tower had millions of square feet. Along with the other buildings that collapsed, the trade towers represented 20% of Manhattan’s office space. To put this in perspective, the towers alone had nearly 200 ACRES of usable floor area.

So we have lost a vital city within a city. The Port Authority offices were lost, the mayor’s emergency operation center, 17% of all the attorney’s offices in the city have been destroyed. And it’s not just the offices. The below ground areas of the WTC housed shopping, a subway station, bank and bullion vaults, and are honeycombed with utility tunnels and interconnections with other structures.

It’s just this interconnectedness and interdependence that made New York the city it was. I believe the people who lost their lives would want to know that we were working as hard as possible to restore what they had a hand in building. Those killed and injured and their families are not the only victims. Thousands of planners, architects, engineers, construction workers and fabricators spent years of their lives between 1966 and 1972 to construct the towers. Those years of their lives have now been cruelly mocked.

New York and the nation needed the World Trade Center. The city will now limp along at 80% efficiency. People will double up, rents will rise, and an equilibrium will be re-established. But to ensure that the economic engine that fuels our nation is operating at full speed, the office space must be replaced. And in Manhattan, the only way to go is UP.

So to sum up, we must first ensure our national safety, so that this cannot happen again. As the experts have said, it could take years before we ferret out the backers of the perpetrators. But during this time, we must begin to draw plans for the new city. Architectural competitions should be held around the globe. We must be ready to spring into action. Once we are satisfied that this worldwide terrorist network has been neutralized, let the glass, steel and concrete again begin its march into the sky.

Larry Silverstein, the leader of the consortium that just signed a 99-year lease on the trade center towers, has said he wants to rebuild. He is considering 4 50-story towers as a practical alternative to replace the 10 million square feet of offices. As the lessor who controls the site into the year 2100, Silverstein is in a good position not only to choose to rebuild, but to force the Port Authority to perform on its lease agreement. So the question of rebuilding may not be if but when.

I personally don’t relish the idea of 4 ordinary office towers replacing those fallen national icons. But ours being a market driven system, aesthetics and pride may not be enough to get the original towers rebuilt. If 110 stories is just too scary for his prospective tenants and their insurance companies, maybe Silverstein would consider a triad of 80 story buildings.

In any case, the new structures should not be an exact copy of the old. We have evolved in our design sensibilities and our needs. We can build more efficient 21st century buildings more in harmony with the environment. But we must pay homage to what was lost. Though striking and different, the new skyline should remind us unmistakably of that grand 20th century city that used to lay across the harbor from Lady Liberty. We need time to absorb this shock, but when we have, we will not desire retrenchment.

So let’s dedicate the new buildings as living memorials. Make them special and grand. It would be the very highest honor we could bestow on our fallen citizens.