Film Review: Dangerous Beauty
LOGIN
Sunday, December 4, 2022
Top Posts
What’s Up With the Nazi “Black Sun” Rune Wheel?
Elizabeth Clare Prophet Claimed To Be ‘Clairvoyant’
The Eightfold Path of Denial of Death
Why I Left The Radical Secular Podcast
Miss R*EVOLutionaries: Panel Discussion
Money Is Not A “Shared Fiction”
Beliefs About God Won’t Make You Moral
This Is Not Fine!
Wealth Concentration Leads to Feudalism
Is Something Unclear About What’s Wrong With America?
SUBSCRIBE
Archive 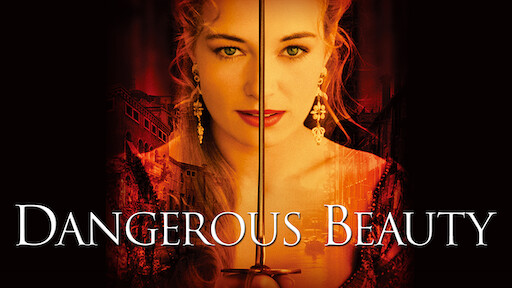 Everyone remembers Catherine McCormack as Mel Gibson’s beautiful love in Braveheart whose throat was brutally slashed at the beginning of the film. This helped fuel Gibson’s fierce warrior persona as the film progressed. A couple of years later, it was McCormacks turn to be a warrior of a different sort–in a fight against social convention and puritanism. Released in 1998, and falling slightly below the radar, Dangerous Beauty is no less an epic. A period piece set in 16th century Venice, the film follows the life of a young girl, Veronica Franco, denied the true love of her life. Forced by circumstances to become a courtesan, Franco begins to navigate a world that was completely alien to her. Trained by her mother, a courtesan before her, she becomes one of the few truly educated women in Venice. Through a strange quirk of social hypocrisy, only courtesans were allowed to learn to read and write. I guess the men really were interested in more than just a pretty face. So Franco becomes the equal in wit and intelligence to the men she entertains. Often she surpasses them. She becomes the most popular courtesan in Venice, with incredible grace and charm. She fends off her enemies, and though sexually involved with dozens of men, she still manages to engage passionately with her one true beloved.

A true story, based on the book “The Honest Courtesan” by Margaret Rosenthal, Dangerous Beauty turns dark when a plague hits the city, and ignorant masses turn to the church for answers. The church is quick to blame the purveyors of pleasure for what they term to be “God’s wrath.” So predictably, Franco goes from having the world at her feet to having to fight for her very existence. As the Inquisition comes to town, some of the most memorable dialogue I’ve heard in any film is played out on screen. Writer Jeannine Dominy gets a medal for this one! So much so that I often had to pause the DVD to write down the lines. And the climax of this film is not to be forgotten, as we watch Franco, representing truth and beauty and everything that is good in life, battling the forces of corruption and the most entrenched hypocrisy imaginable.

If you like period pieces, you’ll love this film. Filmed on location in Italy, the sets are impeccable. My only complaint is that, like all period films, things are just too clean and nice for the 16th century. But I’ll take that minor flaw as poetic license, for this story really deserved to be told against a backdrop that matched its emotional appeal. And it was encouraging to me that even if few others do, at least the producers of this film see and accept that there can be beauty and honor in the world’s oldest profession.