Why is Black Sun?
LOGIN
Monday, December 5, 2022
Top Posts
What’s Up With the Nazi “Black Sun” Rune Wheel?
Elizabeth Clare Prophet Claimed To Be ‘Clairvoyant’
The Eightfold Path of Denial of Death
Why I Left The Radical Secular Podcast
Miss R*EVOLutionaries: Panel Discussion
Money Is Not A “Shared Fiction”
Beliefs About God Won’t Make You Moral
This Is Not Fine!
Wealth Concentration Leads to Feudalism
Is Something Unclear About What’s Wrong With America?
SUBSCRIBE
Archive

Home Origins Why is Black Sun?

Because conformity is gross! 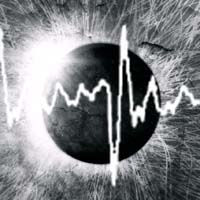 “Speak your mind!” yelled the bumper sticker I saw the other day, “even if your voice is shaking.” I had a lot of time to think about this challenge and other things as I lay damaged, immune system in overdrive, fighting off a severe case of strep throat. It hit without warning last week, following my Wednesday night shift of editing. Strep, of all things. I hadn’t had an illness this severe in at least 10 years. In 1990, after finishing a particularly tough several months on an engineering project in Montana, while on a road trip with Dr. Andres Fortino, I also contracted strep throat. No, him being a doctor didn’t help (except for moral support), his doctorate being in Electrical Engineering.

Then, as now, the illness gave me time to reflect on life. An affliction that has you “by the throat” is symbolic in many ways: cutting off intake of air, food, and water, and more importantly-in terms of symbolism-cutting off or frustrating your ability to speak. And speaking is one thing, taking a stand is another. How many people never speak their mind? And for those people, what do the words they do speak exactly mean?

My reflection began with a lot of frustration. The illness was costing me money, time, my reputation with clients. Such thoughts get you nowhere, and I began to look at the deeper meaning in my life. I was watching a lot of TV. Since I make television, it’s not normally recreation for me. So to veg out with the remote for four or five days was a unique experience.

I learned (once again) that TV is very good at fulfilling its purpose, which is to sell products. This may seem obvious, but until you’ve actually seen the same promo for the same cheesy made-for-TV-movie over 100 times in the space of a few days, you don’t fully appreciate the degree to which this is true. Now don’t get me wrong, I like and respect the people I work with, and I enjoy my job. There are thousands of brilliant people who pour their life’s energy into making great television. There’s actually something for almost everyone to enjoy. And advertising and promotion are the grease that keeps the economy moving, people employed, and are an essential part of the world as we know it.

So what was bugging me?

This little point about speaking my mind. In my work, I don’t often make creative decisions about content. My job is to refine or improve upon the work of others. The outcome is out of my hands. Leaving me without a voice of my own through my work. Even talented film editors work to fulfill a directors vision. Although this can be a collaborative effort, my chosen profession is not one for the auteur.

For years I have struggled with the many contradictions that life presents, from those encountered in my upbringing in a highly regimented cult environment, to the equally baffling hypocrisies of the rest of the world. Too weak to read or write, I lay in bed absorbing the stream of programming from my 100-channel universe. I began to be disturbed by what felt like a literal sea of conformity. People think there’s too much sex or violence on TV? People think that their kids will be corrupted by what they see? What I saw over the space of 5 days was so watered down, so utterly non-offensive, it made me want to puke. Ironically, MTV and VH1 while purveying music that has always represented rebellion, have been forced to censor artists. What they present is like much of the rest of TV, deeply sanitized by mutual agreement. (The funniest part of my TV experience was watching really nasty criminals in audio-censored movies saying things like “Gosh, darn it!” and “Gol, dang it!” over and over again.)

The issue I have is not with television. Television is the servant of the corporations, who are the servant of – US. The collective. Society. The world. By whatever name we call it, we have dictated how people should think, feel, live, express themselves. Think you’re free? Just try expressing an unpopular viewpoint. Ask unsettling questions at the office. Democracy has become the tyranny of the majority, and there is little tolerance for non-P.C. points of view. Probably less now than ever before in my lifetime.

When I was growing up in the sixties and seventies, I thought the biggest challenges we would face in 2001 would involve space colonization. Little did I know that our real biggest challenge would be to become a society of conscious free-thinkers. And it may not happen in our lifetimes. But as I lay contemplating all these things, I also realized that at 37, I’d have been an old man in the 19th century. Without antibiotics and a clean water supply, life expectancy was exactly that in many parts of Europe-37 years. So I realized that I have been given another life by progress and technology, to live most likely another 37 years and more. I plan on using that second chance to speak my mind.

Before I got sick with this recent illness, I had an interesting experience. I received a joke e-mail from a longtime friend. The joke was bitterly offensive to me for many reasons. To most people, it would just have been considered everyday humor. And the friend who sent it certainly did not mean to offend. But it pushed my buttons big time. It involved a crass stereotyping of gender issues, specifically the supposed advantages men had over women. It was a woman’s modification of a “top 100” list originally written by a man.

I have seen the toll that social stereotyping has taken on lives, of both men and women. One need only to look at a small sampling of family court records to see the very real and horrific damage done. Beyond legalities, there are misunderstandings, miscommunications, and relationships ended prematurely or not even begun. Most of this damage is needless. We will evolve to a balanced view of gender eventually, just as we are coming to grips with issues of race today. You may not see the connection here. But thoughts lead to actions, opinions lead to conventions, conventions to laws, laws to their abuse, and abuse to broken lives. It is virtually the same as the relationship of racism to slavery. The action was allowed because the thought had been unchallenged. Men and women today are to varying degrees enslaved in each others’ stereotypes.

Offended as I would have been at a racist joke, I furiously responded to the e-mail, hitting the entire distribution list with my reply. I’m sure though I might have made my point, it was not appreciated by those used to receiving lighthearted material. And it was not a gesture of respect for my friend who was well-intentioned.

To that end I have decided to begin a periodic newsletter with my own commentary on events and social issues. While not without a sense of humor, this newsletter will not try to focus on humor. Leave that to Robin Williams, Chris Rock, Eddie Murphy and so many others who are really good at it. There are already three times too many jokes circulating on the internet. (If you must have humor, try the Onion, it’s great.)